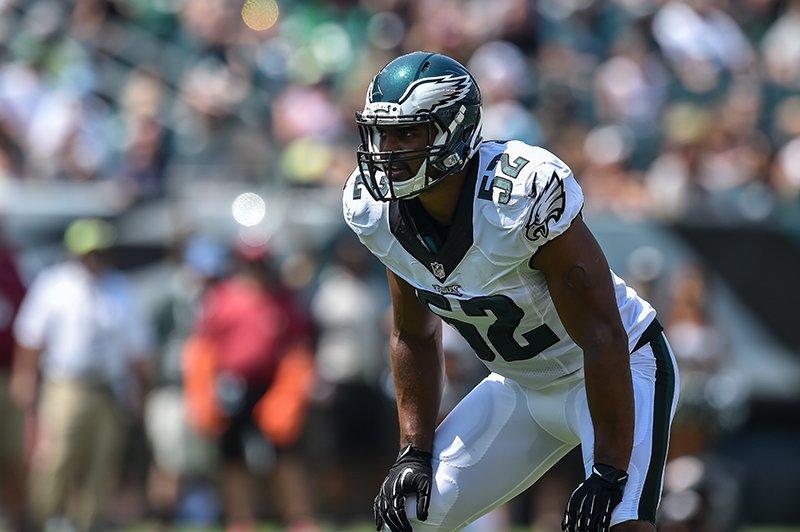 The Eagles defensive line of Fletcher Cox, Cedrick Thornton and Bennie Logan showed why they’re one of the best groups in the league, when it comes to stopping the run. They were dominating the Colts offensive line and they totally shut down the Indianapolis running game.

Remember that the Colts are considered a Super Bowl favorite by many.  Yes they didn’t suit up running back Frank Gore, but the Eagles defensive front would have made things very difficult for Gore if he had played.  The front three were penetrating into the Indy offensive backfield every time the ball was snapped.

At the start of yesterday’s game, Cox, Thornton and Logan each took turns stuffing a Colts offensive lineman back into the face of the Indy running backs.

I wasn’t as pleased with their pressure on Andrew Luck, during the time that Luck was in the game.  On two drops by Luck, he had no pressure on him, as he completed a deep out route and on a slant route also.  Stopping the run is good, but the NFL is all about getting pressure on the quarterback.

On third downs, the Eagles had Connor Barwin at one defensive end spot and Brandon Graham at the other.  Vinny Curry was lined up inside at defensive tackle with Cox.  They didn’t do much with their two opportunities against Luck, but they only played the first quarter.

The Eagles linebackers didn’t do much yesterday, plus the starters at inside linebacker were sidelined.  DeMeco Ryans didn’t play as he recovered from last year’s Achilles tendon tear.  Mychal Kendricks has a minor injury and Kiko Alonso hasn’t returned from a concussion he suffered earlier.

I was okay with the play of outside linebacker Marcus Smith.  He did make a play on run which went inside.  He took on the tight end block, then squeezed inside to get in on the tackle.  I also saw him do a good job of covering the tight end on the next play.

He played a good amount of the game, but didn’t stand out.  He still doesn’t have that attack attitude you like to see in your linebackers. You’re going to get in on some plays, if you’re on the field, so I wasn’t thrilled with the play of Smith. The second-year linebacker had one tackle in all those plays.

I thought veteran linebacker Brad Jones played well.  He led the Eagles defense with six tackles, plus he’s been a starter in this league and I wouldn’t be surprised if he gets an opportunity to play some this year because of injuries to the starters at the inside or outside linebacker position.