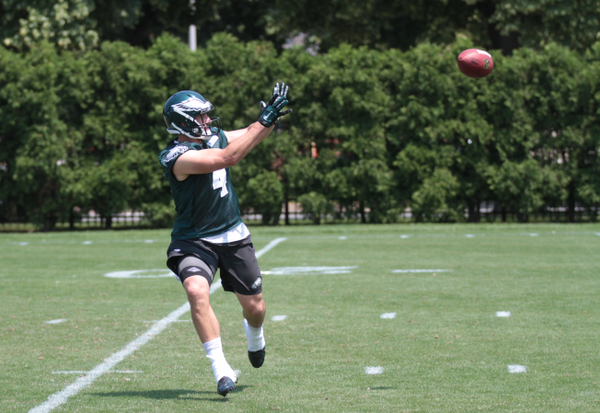 There were no surprises in the list of twelve players released by the Philadelphia Eagles today unless you consider wide receiver former quarterback C.J. Kinne a surprise.  The Birds are now down to 78 players and will need to release three more players by Tuesday, September 1 at 4pm because each team has to be down to 75 players at that time.

Kinney has been on the Eagles practice squad in previous years, but he changed his position this year to wide receiver to give himself more of a chance.  It didn’t work.