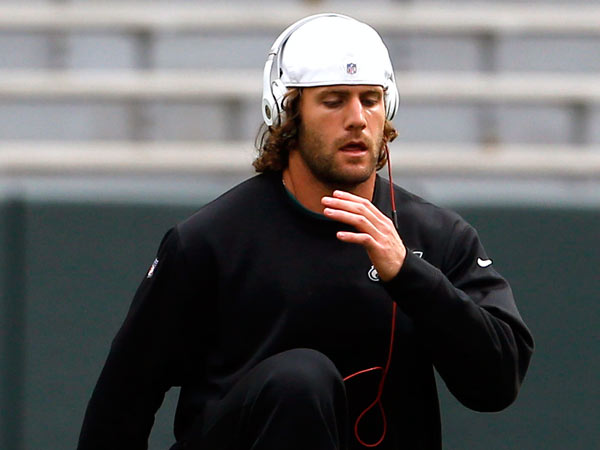 The biggest negative in the Green Bay game was the fact that inside linebacker Kiko Alonso didn’t play.  He was supposed to play along with the other veteran inside linebackers, Mychal Kendricks and DeMeco Ryans, who hadn’t played in a preseason game yet.

After the game, Chip Kelly let us know that the injury was not related at all to the ACL tear he had last year.

“His leg’s bothering him a little bit, so he tried to run around a little bit pregame, just didn’t feel 100 percent, so we held him out”, Kelly said after the game.

Alonso was coming off of a concussion injury before he started having problems with his leg.

DeMarco Murray looked especially quick when he was running with the football.  I saw him make some cuts that I didn’t see out of him last year.  He was faster and quicker of foot, than I expected.  I did expect the punishing finish to his runs.  He was impressive last night when he was finding and hitting the holes.

Ryan Mathews was just as impressive in his performance last night.  He’s been showing his speed all training camp, but he’s been demonstrating his ability to finish runs by punishing tacklers.

Tight end Trey Burton has had an outstanding training camp and he’s looked just as good in the preseason games.  Burton gets open consistently and he catches the football regardless of where it’s thrown. Burton caught two touchdown passes on Saturday night as he did a nice job on a crossing route

Eagles starting tight end Brent Celek got in on the scoring against the Packers with a nice touchdown catch.  Green Bay’s defense didn’t know whether they were coming or going when Celek slipped out and got open in the back of the end zone.  Bradford put the ball on the money for his third touchdown pass.

Defensively, the Eagles starting front three of Fletcher Cox, Bennie Logan and Cedrick Thornton have been as dominant as any defensive line in the league.  Each of them has taken turns running offensive line into the backfield for big losses.  They seem to be playing in mid-season form.