Eagles Cut Tim Tebow, As They Release 22 In The Final Cut 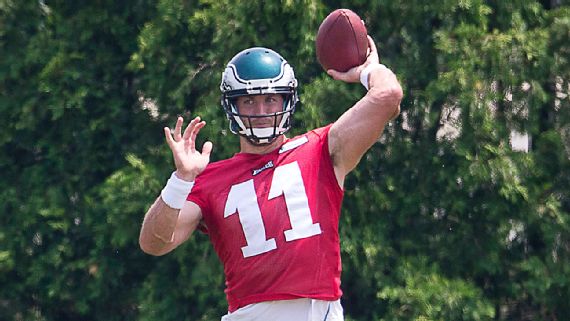 The Philadelphia Eagles just made public the names of the twenty-two players who they released today to get down to the 52-man roster.  Kelly says they’re going to add a quarterback and that will put them at 53 when they do.  Of course, one of the notables who was released is Tim Tebow.

“Tim’s really progressed but we didn’t feel like he was good enough to be the three right now,” Chip Kelly said. “He just needs to get out there and get more reps.”

Inside linebacker Najee Goode was released and he had previously started some games for the Birds.

Cornerbacks Randall Evans, and Jaylen Watkins and safety Ed Reynolds are three former draft picks who was let go today.  Defensive end Brian Mihalik is also a 2015 draft pick, who was released. Wide receiver Jeff Maehl played for Chip at Oregon and here with the Eagles, but he was let go today.

Running back Raheem Mostert gained more yardage from scrimmage than any other player in the NFL this preseason, but he was released today.

Thoughts On The Eagles Cut Downs

The DB’s are a little thin with 5 CB & 4 Safety for 9 Total
(Maxwell, Carroll, Rowe, Biggers & Rice at CB and Jenkins,Thurmond, Maragos & Couplin at Safety)

Add a DB and Cut a LB (MS2) since you have Vinny Curry taking some reps at OLB .. MS2 will be Inactive on Game Days anyways.

Uh oh… 11 of the 22 guys who got cut are white guys. Plus, Barkley got traded… Could it be that Chip is trying to clean-up his reputation? lol

Yeah that’s it exactly. He had a kuumbuya meeting with Farakan, Steven A, Al sharp ton and JAckson. They yelled at him for 2 straight hours until he wept uncontrollably. He admitted that ‘culture ‘ and wanting quality team first guys was in fact veiled racism. He has vowed to sign at least one me first asshole per season… He is scanning the waiver wire no for a criminal

Cutting Tebow doesn’t make allot of sense to me. Why would you keep a guy ( Tebow) for several month, teach him the offense and then cut him for a guy that doesn’t seem to have a allot of up side ? Maybe he thought Tebow would be a yearlong distraction?

Kelly stated that Tebow was not good enough to be the QB3, it’s pretty straight forward and plain and simple…no room left for interpretation or guessing.