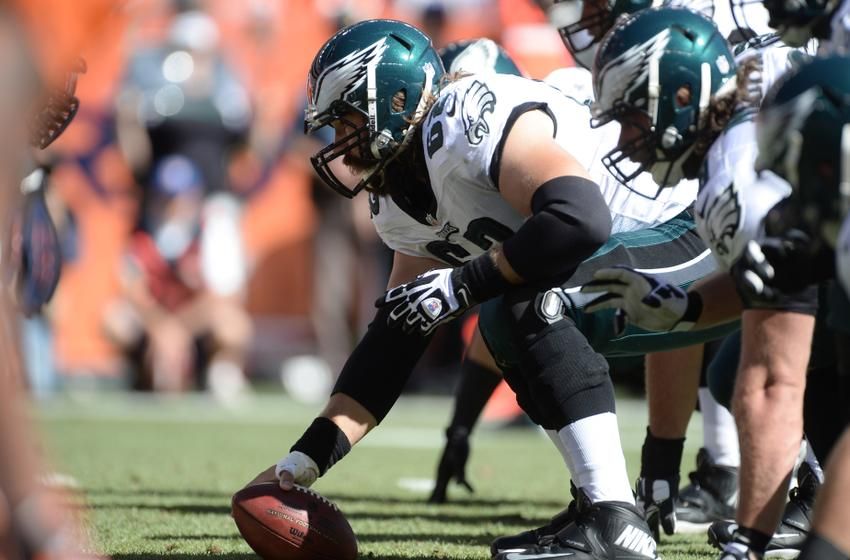 Many times great offensive lines consist of above average to good players.  You don’t need great players to have a great offensive line.  The key is they need to play together for an extended period of time because that’s the way they become a cohesive unit.

It’s wasn’t a wise decision for the Eagles to let both Evan Mathis and Todd Herremans walk at the same time.  They might have been able to replace Herremans, but not both Mathis and Herremans because that’s 40% of the offensive line.  It’s not the entire reassign that the offensive line has played, so poorly but it’s part of the reason for it.

In today’s NFL with very little “Live – Full Go Tackling Practice Time”, it’s not easy to put together an offensive line and get them ready to play.  No longer do teams do the “Live” tackling 9-7 drill which was for decades the main running game offensive and defensive drill.  I haven’t seen the Eagles run that drill sense Chip Kelly has been the coach.  I don’t think there is enough hitting in training camp.  Remember that not only was the Eagles offense horrible in the game against the Dallas, the Cowboys offense was awful too by setting a team record of 19 penalties.

Both Lane Johnson and Jason Kelce said after the game on Sunday that these offensive linemen are getting used to playing with each other.  It’s very simple, Johnson, Kelce, andJason Peters are getting used to playing with Allen Barbre and Andrew Gardner.   It used to be where these mistakes would be made in “Live” scrimmages in practice, but now these mistakes are made in games beaus they don’t have any “Live” scrimmages in practice.

I think continuity is even more important now than it was in the past because of the lack of serious practices.  Bottomline, the less change on the offensive line, the better.  If the Eagles had wanted to, they could have returned the entire offensive line that had played for Chip Kelly the first two years.

The fact that they changed the quarterback and the running backs, should have caused them to try to keep the offensive line in sync.  Too many changes on a football team never works.  You need continuity, especially on the offensive line.

Still there’s no excuse for how poorly they have played.  I’ve seen them get confounded by defensive line stunts which we used to run in high school.  Slanting to the left or to the right isn’t any type of earth shattering strategy, but it has been destroying the Eagles offensive line.

I think the Eagles offense will improve as the season continues, but they’ve got to fight their way out of a 0-2 hole.

Eagles Are Getting Outstanding Safety Play From Jenkins And Thurmond