It’s Simple, Eagles Wanted The Game More Than The Jets 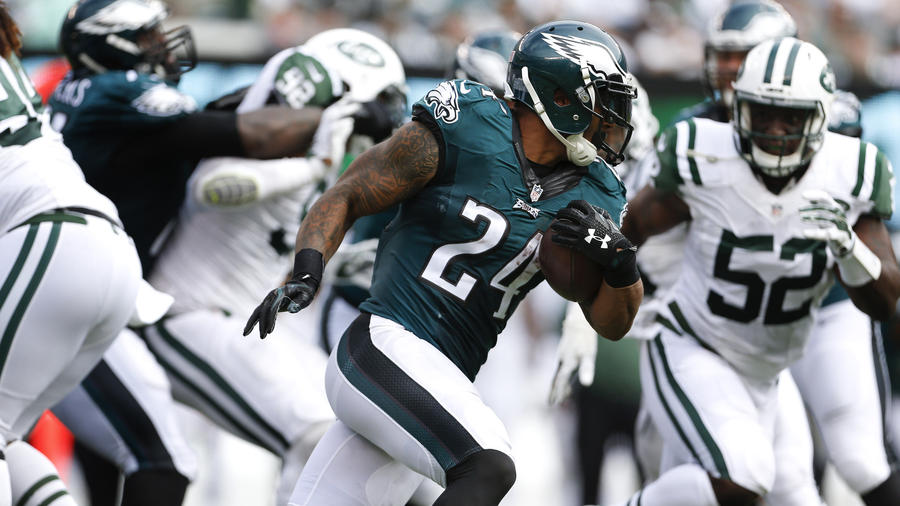 Before the Eagles season began, I was talking with some of the Eagles offensive linemen and they were talking about how “Tempo” was going to play a big part in their success.  Of course you know “Tempo is Chip Kelly’s hurry up offensive scheme.  “Tempo” worked during the preseason when nobody game-planned for the Eagles offense, but “Tempo” didn’t help them at all when they were taking turns missing blocks and letting defenders penetrate into the offensive backfield play after play in the Atlanta and Dallas games.

Obviously they learned that “Tempo” doesn’t block defenders.  “Tempo” will help the Eagles offense after they’ve run six plays and made two or three consecutive first downs.  If they go three and out, “Tempo” doesn’t help anything.  If they fail to execute “Tempo” sits down and does nothing to help them.

After looking at the video of the Eagles-Jets game, it’s fairly easy to see why the Eagles beat the Jets on Sunday.  They came into the game with their season on the line, so they wanted that game more than the Jets and were willing to play harder to win it.

Eagles tight end Brent Celek, who had struggled to block mediocre defenders during the first two games,  made a block on Jets Pro Bowler Muhammad Wilkerson by staying with it and getting in his way.  He couldn’t overpower him, in fact Wilkerson threw him around, but Celek stayed in the way and Ryan Mathews hit the hole and got some yardage.

Eagles center Jason Kelce used his quickness to get position on the Jets defensive lineman.  The Eagles didn’t have much success running straight at New York’s big guys in the middle, but Kelce got position on them, so that Mathews had lanes to cut back in as they ran the ball outside.

I saw Eagles guard Allen Barbre get outmuscled on a play, but he stayed with the block and the speed of Mathews allowed him to stretch the Jets defense just enough and he had a big run on the play despite Barbre getting thrown into the hole.

Jason Peters played much better this week than he did in the previous games by staying with his blocks.  He was winning his battles and blocking defenders on the second level and down field.  The same can be said for Lane Johnson, who I thought played very well on Sunday.  Andrew Gardner was doing a good job of getting position on his blockers.

On the brilliant 89-yard punt return by Darren Sproles, he ran through numerous “would be” tacklers because the guy trying to block the defender stayed with their blocks even, if they weren’t able to block the guy.  The presence of the blocker bothered and got the attention of the defender enough to help Sproles break the tackle.

That dogged determination was one of the key differences in the game.

A lot of blocking is simply staying with it.  You don’t have to dominate somebody to get them blocked.  You simply have to stay with it, refuse to quit and get in their way.

The Eagles’ Passing Offense Has Been Pathetic

Bottom line is this Game meant everything for the Eagles and their 2015 Season while it meant very little to the Jets who played that way, to be honest… Time to get ready and focus on the Redskins in a Huge NFC East Contest.. The Loser of the Eagles/Redskins will likely not make the Post-Season in 2015 so plenty on the line …

So the question is Why did the Eagles not play with that same level of intensity and commitment in the prior two games? Were they only playing hard because the season was on the line, if that is the case what does that say about the players, the culture, and the team as a whole? Or is it an issue with talent, scheme, gelling, and or coaching? The Jets and Eagles are similar teams, they both have good defenses and their offenses struggle due to a lack of playmakers at the WR position(Eagles more so) and both QB’s are struggling. The Eagles ST’s are better due to Sproles. Coaching, it’s a toss up. W/O the ST’s TD the score is the same. The next three weeks will be very revealing, the Skins, Saints and Giants are not that good and the Eagles should win 2 out of the next 3. I am very interested in seeing the progress the Eagles will have made after the Monday night Giants game when we start playing teams like the Cards, Pats, Panthers and the Bills. By that 6th game, all of the gelling should have taken place and Bradford should have all of the rust off and be playing with full confidence. Over the past two years Chip has feasted off of beating weak opponents, I need to see the Eagles beat competitive contenders. I need to see if the Eagles are a better team with this new talent than they were with the talent that was here two years ago, and will Chip’s hand picked talent that fits his culture help us beat the more competitive teams.

EHL– if you find the answer to your question you will make a fortune as an nfl coach or executive- or in vegas!!!!! seriously, the NFL is a league and football is a game where you just never know- the difference in the nfl of being a very good team and a bad team is paper thin, lots of times its breaks, injuries, calls or lack of focus on one play that makes a difference.

And dogged determination. As G wrote, “It’s Simple, Eagles Wanted The Game More Than The Jets”. They have to want it more than the other team EVERY WEEK. That’s how they win. Out-determine the opposition. “You don’t have to dominate somebody to get them blocked. You simply have to stay with it and get in their ,(damn) way.” Every week NFL Network highlights players on other teams going up and FIGHTING for the ball against defensive secondaries. The Eagles receivers are too timid. They need to GO GET THE BALL , not wait until the ball gets to them, and help out the QB. Jeez.