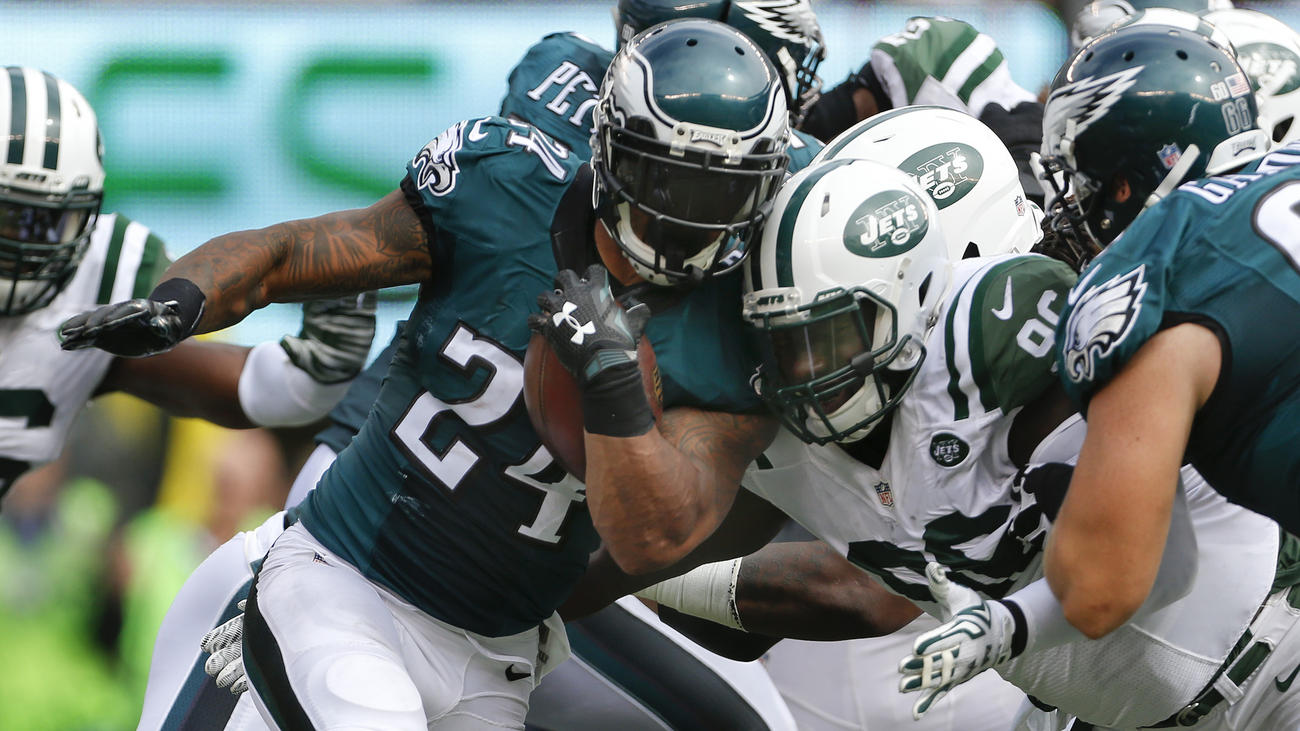 There’s no question that Ryan Mathews is better than DeMarco Murray at making the lateral runs which the Eagles have been employing so far this year.

Over time I think Chip Kelly will realize that Mathews and Murray have different strengths as running backs.  Murray is bigger and stronger than Mathews, while Mathews is faster and quicker than Murray.  The speed of Mathews fits the lateral run game while Murray is best when getting the football heading toward the line of scrimmage.

Murray is going to function better if they move him deeper in the backfield behind the center or quarterback.  In my opinion, he needs to be getting the football when he is heading forward toward the line of scrimmage.  If Murray gets a head of steam going forward, he can use his brute strength to get a positive gain.  If he gets a hole to run through, he’s going to punish the tackler and that’s the way he wears down a defense.

He knows how to finish a run when he’s running North and South.  They said they wanted a North-South runner, but they have had him running East-West.

If they have Murray sitting further back there deep in the backfield it’s going to fit him better and allow him to get his momentum going forward.  We saw in the Cowboys game that he’s easy to tackle when he’s going laterally.

On Sunday Mathews speed allowed him to outrun the Jets penetration on those lateral running plays.  The Jets underestimated his speed and he was able to get outside and get to the hole because he outran the defenders.

I expect Mathews to get at least as many carries as Murray in the foreseeable future.  I think his speed and strength made an impression on anybody watching the game including the Eagles coaches.  He can hit the after burners and get through a hole.  His power surprised the Jets as well, especially at the beginning of the game because he just flat out ran through their attempted tackles.

In the passing game, Mathews is better at running that “Wheel” route, which he caught for a touchdown on Sunday.  The speed of Mathews was the key to him beating the linebacker for the score.  Murray isn’t going to be as effective with that route.  He’s better with those swing routes where he’s headed toward the line of scrimmage.

“We certainly put a lot of effort into running the ball this week. Darren Sproles and Ryan Mathews did a great job”, Eagles offensive coordinator Pat Shurmur said yesterday.

It’s Simple, Eagles Wanted The Game More Than The Jets