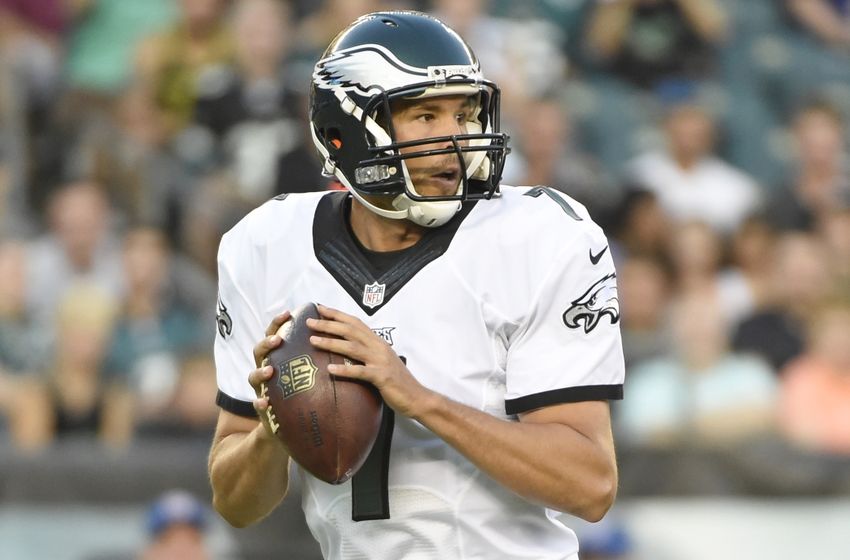 As the season is now through the quarter pole both Bradford and Chip Kelly have thrown around the words and phrases such as consistency, on the same page and execution.

There is no doubt what the quarterback and the head coach are talking about when using this language. It’s the offense of the Eagles complete inability to put together complete games.

At times this season, in fact more times than not, the offense has looked down right stagnant. Sunday’s performance was yet another example of the Jekyll and Hyde nature the 2015 Eagles offense.

“Its almost like we’re two completely different offenses,” Bradford said. “Once we get it going we’re pretty good but for some reason it seems like there’s times where we just struggle to get it going.”

The Eagles once again struggled to get its running game, and particularly DeMarco Murray going. Murray had a 30-yard run less than a minute into the first quarter but finished with only 36 yards on eight carries.

The running game for the Eagles is getting to epically bad proportions and players such as Murray seem to be becoming disgruntled. As Jason Peters left the game with a quad injury and Lane Johnson due to have an MRI on his injured MCL there isn’t much good news on the horizon on that front.

As the offense struggled, taking a 13-0 deficit into halftime, the passing game was able to find a little something in the deep passing game, something that was non-existent in the three weeks prior.

Bradford hit rookie wide receiver Nelson Agholor with 45-yard pitch-and-catch but the play was immediately nullified as the Birds opted to try a reverse play that ended with and arrant pitch by Ryan Mathews that resulted in a fumble recovered by Keenan Robinson of Washington.

Bradford would connect on couple other deep balls that resulted in Eagle touchdowns. One was a 62 yarder to Riley Cooper, yes that Riley Cooper. Bradford would later connect on another long touchdown to Miles Austin for 39 yards. The Austin touchdown would stand as the last sore of the game for the Eagles, the third play of the fourth quarter.

“We saw something that we could take advantage of this week,” Bradford said of the downfield passing. “Anytime you can get big plays like that they’re game changers, momentum changers. I think the one to Coop in the third quarter kind of got us going. It brought some energy to the sideline.”

If there is the slimmest on silver linings in the game from Sunday it would be the progression of the deep passing game, though Washington does has one of if not the worse secondary in the league so it remains to be seen of the passing game has really ironed out.

The Eagles are in a very bad way slipping to a 1-3 record, falling to 0-2 in the NFC East but Bradford remains confident the Eagles can turn this around and they’re not as far away as some might think.

Eagles Need To Be More Aggressive And Use More Blitzes