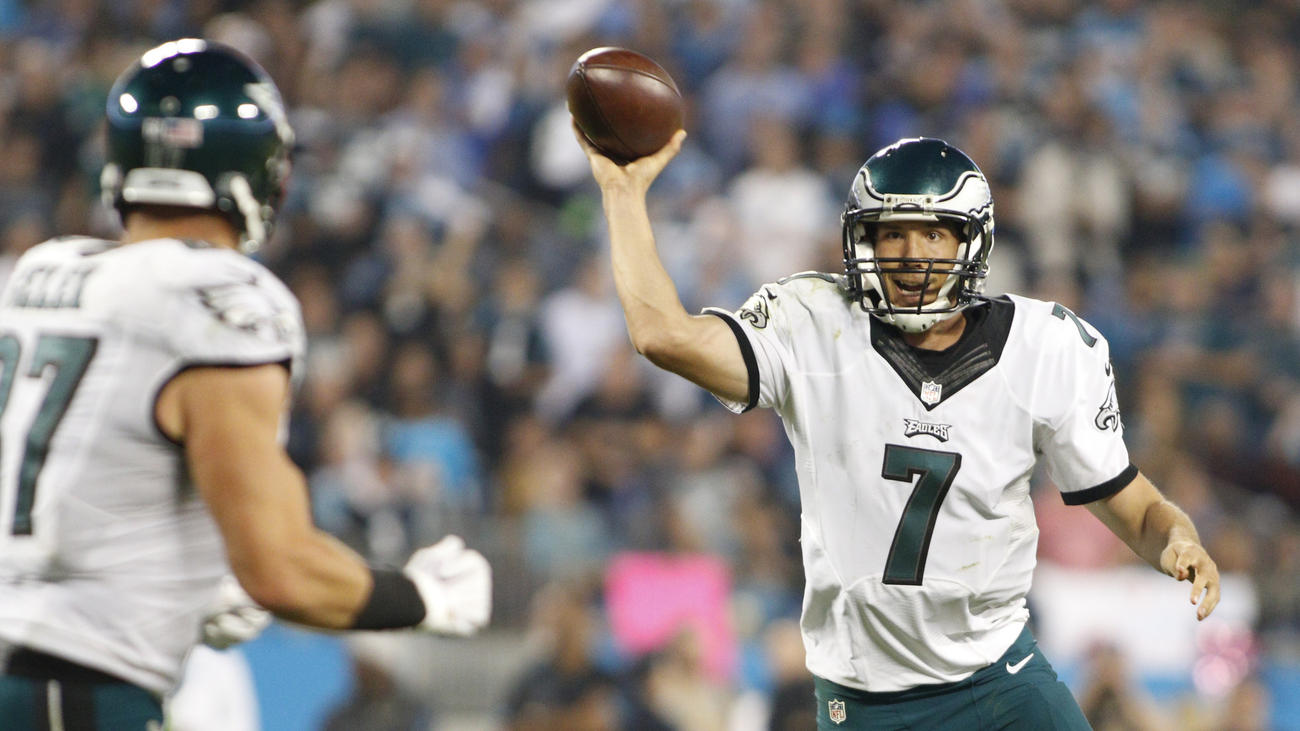 The Philadelphia Eagles are halfway finished their 2015 regular season schedule, and have yet toshowcase a winning record.  At 4-4, the opportunity once again presents itself for the team to finally rise above the mediocracy of a .500 record.
Coming off an encouraging overtime road victory, the Eagles welcome the underachieving Miami Dolphins to Lincoln Financial Field.  At 3-5, the Dolphins find themselves in last place after many experts predicted they would contend with the New England Patriots for the AFC East division.  It’s a team who is on their second head coach and one that has some talented offensive weapons that will challenge the Eagles defense.
Interim head coach Dan Campbell has made it an emphasis to involve running back Lamar Miller in both the rushing and passing attack.  The Dolphins offensive line is not great by any means, and if the front seven of the Eagles defense can keep Miller from extending plays to the outside, they will achieve similar success as the New England Patriots found in late October.  Second year wide receiver Jarvis
Landry will also be a challenge to slow down. He is electric in open space, creating big play opportunities anytime the ball is in his hands.  Quarterback Ryan Tannehill who showed improved his game in 2014, has regressed and reverted to old habits, demonstrating turnover vulnerability.
The Dolphins defense may actually be the biggest let down for why the 2015 season has gone the way it has unfolded. Ndamukong Suh who received a massive free agency contract in the off-season has not been the impact the team expected him to be.  The Dolphins are not good at stopping the run, and without sack specialist Cameron Wake who is on injury reserve for the remainder of the season, the Eagles offense will have the opportunity to put up big yards and generate a point total in the mid 30’s.
The key for the Eagles coming into this game will be their run distribution.  If they follow a similar distribution as the Dallas game, 34 total rushing attempts for their running backs (18-Murray, 11-Mathews, 5-Sproles); it could be a huge day for the Eagles rushing attack.  By running the football, the Eagles offense becomes less predictable, and allows Bradford to find open space with the average wide receiving core.
Slowly, the offense is shaping their play calling to feature the strengths of the football team. The playbook has been modified; the level of excitement for the offense is not exciting like it was the previous two seasons. It’s certainly an adjustment for both the players and those who follow the Eagles, but there are some signs trending upwards heading into the second half of the season.
The strength of the Eagles continues to be the ability for the defense to create turnovers and for the offense to run the football.  These two areas are exactly the formula needed to not only win Sunday against the Dolphins, but also to defeat the Tampa Bay Buccaneers and the Detroit Lions in the weeks to follow.
As for this week, the Eagles are going to put up points, hopefully some of them will come in the first half as the offense continues to struggle in this area.  I envision a big win, similar to the score when the Eagles were victorious over the New Orleans Saints earlier this season.
Look for the rushing game to eclipse the 200 yard mark, and for Ertz to finally score his first touchdown of the season.
Eagles 37   Dolphins 20
Share/Bookmark
Tags: Miami Dolphins Philadelphia Eagles

Jordan Hicks Made Biggest Play Of 2015