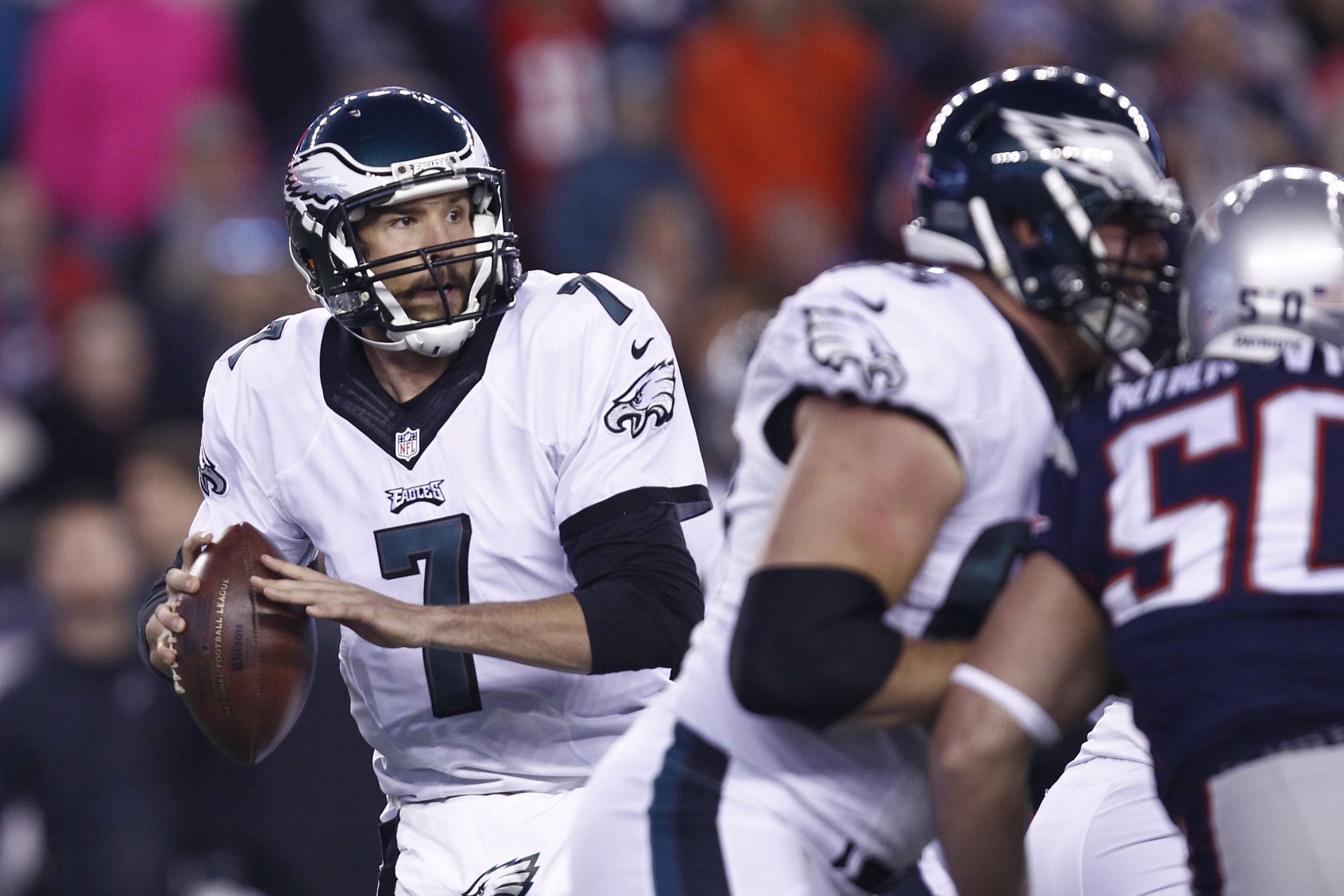 A shocker of shockers.

The miserable Philadelphia Eagles escaped with a victory over the heavily favored New England Patriots on Sunday afternoon.

So how did the Eagles manage success against the AFC superpower?

It certainly wasn’t the still-miserable offense of Chip Kelly.

Of the 35 points scored, only 14 of them came from Kelly’s offense.

The Eagles won this game on flukey plays from the defense and special teams. They managed to block a punt and run it back for a score in the second quarter. Malcolm Jenkins finally hung onto an interception, and returned it 99 yards for a touchdown. Then Darren Sproles capped it all off with a punt return for a touchdown to give the Eagles a two-score lead in the second half.

Mix in some horrendous coaching decisions from Bill Belichick and some uncharacteristic mistakes from Tom Brady, and you have the perfect formula for a fraudulent upset, which is exactly what this game was.

Well, Chip Kelly most likely secured his job with the win today.

A win over Jeffrey Lurie’s hometown team the mighty New England Patriots will go a long way towards blinding the ever hopeful owner of the Eagles into believing that Kelly can still turn things around.

The reality is that the defense and special teams combined to outscore Kelly’s miserable, pathetic offense today. And on a day where the Patriots were more prone to mistakes than normal, the stars aligned for the Eagles to come away with an upset.

Make no mistake, the Eagles are not “fixed”.

On the contrary, the offense continues to generate into a more of a joke every week.

Expect things to come crashing back to reality before long.