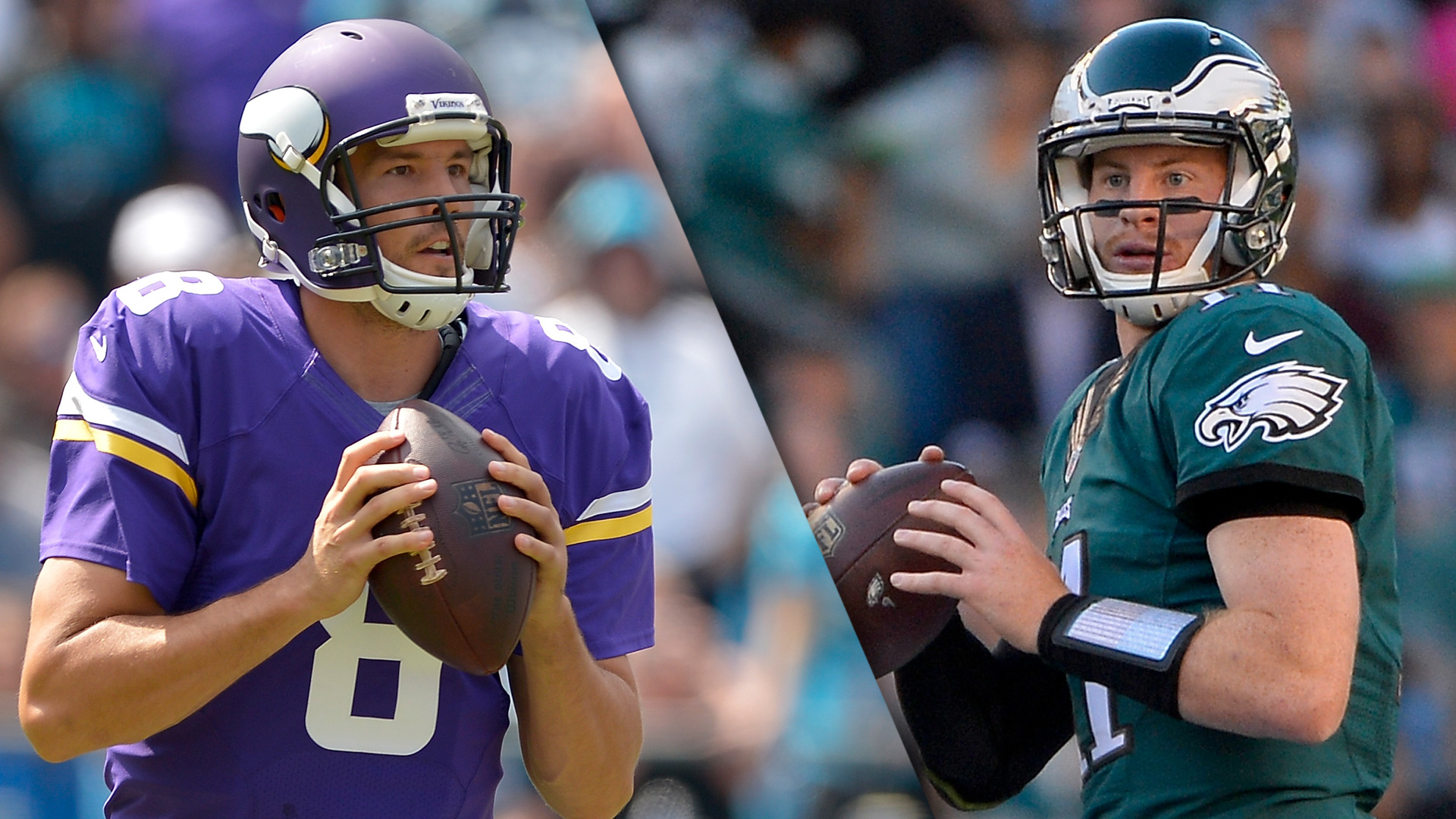 The Eagles’ defense returned to pre-bye week form today, in a dominating effort against Sam Bradford and the Vikings offense.

The Minnesota offense was held to just three points while the game mattered, turning away four scoring opportunities in Philadelphia territory.

Rodney McLeod has been such a great addition to this defense, and made his presence felt again today. McLeod made two game-changing plays in the first half, coming down with an interception in the endzone on a goal-to-go situation for the Vikings, and broke up another scoring drive for the Vikings with a strip-sack of Bradford.

Sam Bradford had no answers for the Eagles’ defense, turning in a mediocre performance right in line with what one might come to expect from him at this point of his career.

Bradford primarily checked down to his running backs. He rarely took any shots down the field. Once the Vikings got down by multiple scores, it became apparent that the former Eagle starter was not going to be able to rally Minnesota for the multiple scores they badly needed.

When the pass rush came, Bradford’s lack of mobility forced him to simply duck-and-cover, whereas a guy with mobility like Carson Wentz would be able to improvise, extend and make plays.

The greater problems with the Eagles’ offense were on full display today.

The Birds struggled to move the ball throughout the game on one of the game’s elite defenses. Carson Wentz turned the ball over on each of the team’s first three possessions. The wide receivers were unable to get themselves open or make plays.

The offense as a whole was almost completely ineffective against the elite defense of Minnesota.

This isn’t the last time the Eagles are going to have a game like this.

Fortunately, Carson Wentz was able to shake off the early mistakes, and keep himself poised throughout the game. Wentz’s best moment came towards the end of the first half, on a decision to go for it on fourth and two, the rookie quarterback recovered from a bad snap, and was able to execute an end-around to pick up a first-down and extend the drive which led to a critical three points at the end of the game.

Wentz and the offense performed better in the second half, putting up 10 points. But the early mistakes remain a little troubling, as the game could have easily gotten out of hand in the first quarter if the defense wasn’t able to stand tall and make plays of their own.

Can you say enough about the job that Dave Fipp has done as special teams coach in his four years in Philadelphia?

For the second straight week, Fipp’s unit produced a touchdown, and Josh Huff’s kick return came at a critical time where the offense just couldn’t get anything going. When you have a unit that can regularly swing games like this on a week-to-week basis, it’s just a tremendous asset.

The Eagles came up big to snap their two-game losing streak, and hand the Minnesota Vikings their first loss of the season.

In what was considered a very difficult stretch of the schedule, its great to see the Eagles come together for a tough win against one of the elite defenses of the NFC.

And now, a showdown with the Dallas Cowboys, for first-place in the division is on the line next Sunday night!

Eagles Podcast: Was The 3-0 Start A Mirage?