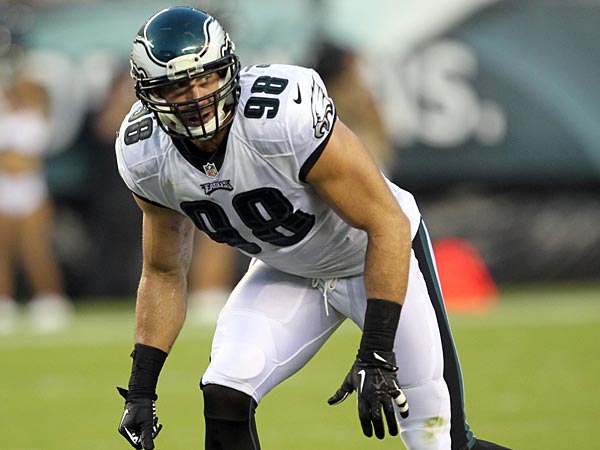 In what wasn’t a surprising move, the Eagles just announced the release of veteran defensive end/linebacker Connor Barwin.  The Birds have freed up $7.75 million dollars with the move.  Accompanying the release of Barwin, the Birds released the following statement.

I could see Barwin being signed by a team like the Patriots, who might be able to sign him for a bargain because he might be willing to give them a discount because of the chance to play in the post season and chase a Super Bowl.

Barwin wasn’t very productive from the defensive end spot in Jim Schwartz’s defense, but if you were to utilize him in a 3/4 defense, he would be much more valuable.   The former Houston Texan has tremendous versatility because he can rush the passer, drop into coverage and cover tight ends.

In another move, the Eagles have reportedly worked out a deal with veteran guard Allen Barbre.  Signing Barbre makes sense because his versatility along the offensive line gives the Eagles depth.  He can play guard or tackle on both sides.