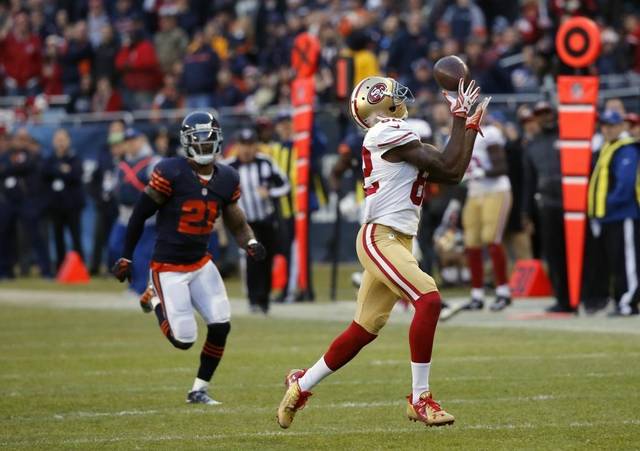 According to ESPN’s Adam Schefter, the Eagles have signed 49ers wide receiver Torrey Smith to a three-year deal for a total of $15 million dollars.  This is a cost effective signing.  Smith has the “speed to take the top off the coverage” by getting behind the safeties, but signing for $5 million a year isn’t exactly breaking the bank in the NFL.

The Birds were able to sign Smith now because he had been released by the 49ers.  The rest of their free agent moves will need to take place after 4pm.

This was a frugal move by the Birds, so now they have a deep threat wide receiver to go along with inside receivers Jordan Matthews, Zach Ertz and Trey Burton.

If he was cut he doesn’t need to wait until 4 to get signed right?

Redskins QB Kurt Cousins asks the Redskins to Trade Him….

They have just sunk deeper into QB hell. Either pay too much for mediocrity or ho the Tyrod Taylor route

Old news but what is new is he asked Snyder directly

They are a Team with no GM in Charge and Owner Snyder with President Bruce Allen are back to calling the Shots again which is good for the Eagles and others in NFC East so Cousins probably wanted to get it out there for the Record once again.. Trade me …

Per Spotrac, The Eagles Currently have $8.3 Million in Cap Space Available
This accounts for the Eagles Draft Class of $6.8 Million and the Recent Current Roster Moves of Releasing Barwin, and the Re-Signing of TE Trey Burton,LB Najee Goode, DB Jaylen Watkins but does not include the Singing of Torrey Smith which will account for at $5 Million.. So not much more is going to happen with the Eagles unless they Cut some Other Players

This Off-Season is about the Draft, If they can move a Couple of Veteran Players for Draft Picks , the Eagles will do so, but to release Veteran Player just to go out and sign other Teams Veteran Players is not in the cards this Year for that’s what the Eagles have been doing for the last 10 Years with little success..
They are re-focusing on the Draft which I prefer and maybe target a few specific Free-Agents to add Depth/Competition in Positions of Need

CBS’ Jason La Canfora reports the Eagles are “exploring” free agent WR Markus Wheaton.
He would be a depth piece for a team with no depth at receiver. The Steelers are moving on from the 2013 third-rounder.
Related: Eagles
Source: Jason La Canfora on Twitter
Mar 9 – 12:47 PM

Tankersly ain’t gonna be on the board till the 4th. I don’t think that Kpassagron will either.

I’ve seen Tankersly ranging from 2-4 on mock drafts. I agree with you on Kpassagrong..just a mock. I am steadfast serious about my 1st 3 picks though. Mixon may go at the end of the second..which I may trade back into to get him.

Eagles need a legitimate Day 1 Starter at CB in this Draft Also…
and will need to Select one by the 2nd Round
This Moreau out UCLA has all the Measurable’s
Speed (4.35 in the 40)
Size (6-0)
Physical Traits (206lbs and not afraid to Tackle)
Cone Drills (4.12 in the Shuttle and 6.94 in the 3 Cone Drills
Leaping Ability (38 ” Vertical) and Explosion (11 ft ‘3″ Long Jump…
3 Year Starter at UCLA, PLayed mostly Man on Man & Press coverage while at UCLA,
He did have a Foot Injury in 2015 that needs to be cleared…
He does need to Improve his Hand/Ball Skills and get more Int’s but he has all the attributes you look for in a Cover CB..

I’m familiar with Moreau, I’m just in a serious offensive frame of mind. Dude, I really want Joe Mixon here. I really like the kid from Texas Long Horns, but Mixon is a better all around back.

I hear you EHL but the Eagles have to Address the CB Position with at least
1 BLue-Chip Top PRospect in the 1st or 2nd ROund
Now it the Eagles Sign Possession Type WR Jeffrey along with Deep Threat Torey Smith, then they likely will go Defense in the 1st Round and Pass on Corey Davis (Which I think would be a mistake) But lets say they do this with Signing both Jeffrey/SMith at WR then the Early Rounds of the Draft could look like this with Focus on Talented Skills Position

Westbrook then becomes the #1 Slot WR in 2018 to Replace Jordan Matthews if the Eagles were to Trade him next Off-Season..

AS IT RELATES TO YOUR LAST SENTENCE……… lol lol lol HEY COBB I think we need a little more than that BABY lol lol……….

My guy was half right lol

i dont believe that tweet. who the F is Josina Anderson and has she ever broke anything before?

Alshon and Smith would let you trade Matthews hopefully for a 3. Then you can get two corners and a Runner in the top 3 picks and till have another third or 3 4ths. That would set this team up.

You wont pay Matthews next year so you Put AGs DGB in the slot for this year as you cant drop AGS. also if he cathes the ball he will be a decent slot.

i think jmatt stays next year. frankly if we signed alshon it means we trying to keep up with dallas and giants. so im keeping jmatt and starting him, alshon and torrey.

im for damn sure not starting 2 losers with shon if i sign him. no way am i trotting out dgb and assholor with him hell no. matter of fact im cutting dgb no matter what, he is poop

Alshon is better u will see

Herman Edwards of ESPN says Alshon Jeffrey would be a “Bad Fit” for the Eagles and “Buyer Beware”.. Herm is a pretty straight up Guy and always looks out for Philly’s best interest, Wonder why he’s concerned?

bc hes slower than jmatt

hasnt done jack for the last 3 years WHILE ON STEROIDs

and is now 1 failed test away from missing an entire season.

alshon is nice but i prefer to build through draft with youth. facts are we arent better than giants or cowboys right now , but build the right way and we will be

I think that these reports are a smoke screen. Dude is gonna go back and sign with the Bears.

I’m being told that Alshon Jeffery has in fact accepted the deal making him a Philadelphia Eagle, barring any setbacks or etc..

Alshon is and Eagle

and now i know for a fact we arent getting alshon! nice

by the way jon you fell for this:

**BREAKING NFL NEWS**
According to #IBN Sources: Alshon Jeffery will decide to take his talents to PHILLY @Eagles barring any last minute BS

i love nba and nfl free agency and draft days. just to watch u chase the internet and get duped year in year out.

Source…. Browns get Osweiler and a second…this is a baseball type of move, take contract plus a cherry….analytics

Browns Get Osweiler and his $16 Million Guarantee for 2017 Season , a 2nd Round Pick and a 6th Round Pick from the Texans for their 4th Round Pick
Cleveland’s GM Sashi Cohen (who is al Metrics guy) says they may end up Trading or Releasing Osweiler and that they are not committed to him as their Starter per ESPN… Crazy..
The NFL will become like the NBA with these Buyout Trades,Tanking,etc..
Is the way Sports are Today..

Chance Warmack is a eagle

I did not see that coming, Chance Warmack is a good player.

Lane Johnson’s not going anywhere. Please explain your reasoning behind this idea.

Reasoning is Creating $$$ for Cap Space and the Trust Factor with Lane Johnson. The Eagles would get rid of a Big Contract and LJ would likely return some Good Draft Picks.. Maybe even Kelce gets moved also

Signing Chance Warmack means someone on the OL has to Go..

Starting OL for 2017 from Left to Right
Peters, Warmack, Seumalo, Brooks, Barbre (with Big V waiting in the Wings)

Fraudman… No, no,no! Depth on the OL is key…
Also gonna be in Boone around Easter

Who cares if we’re not winning the cap bowl.

Let the browns and 49ers have that

Breaking News….WIP reporting that Adam Schefter and Josina Anderson confirms that Alshon Jeffrey is signing with the Eagles..1 year 14 million!

Not awful… No commitment and he is playing for a contract.

ESPN Confirms a 1 Year $14 Million Deal for Alshon Jeffrey..
I’m not sure why the Eagles even bothered but hey at least they are not strapped with a bad deal, if it doesn’t work out, then the Eagles move on, my big concern is now that they Signed Both Jeffrey/Smith, does this mean they won’t Draft a Top WR Prospect in the Draft early which means the Eagles WR Corps could be in the same shape next Year if Jeffrey leaves and Smith is no big difference maker ?

My guy was half right, lol, good signing only 1 yr

Dude diddy he told me both for sure but he also said he was worried because the eagles wanted a speed guy to go with either one, so I’ll still stay to bet and keep my sources out of it, but damn he wasn’t too wrong

Alshon was offered a multiyear deal by the Vikings, however he decided to come to the Eagles because he wanted to bet on himself for a better future deal plus he wanted to play with Carson Wentz instead of …who’s the QB in Minnesota…oh.. Sam Bradford!!! bwhahahahaha..that’s a true story! No bullshit.

JINX you owe me a coke

Howie called the aging qb market very well when they “mortgaged the future” for wentz….

Oh shit Jon hart didn’t mush it. CraZy. U were due.

Incarcerated bob is plugged in.

I wanted zero parts of Alshon none but i assumed he was getting a ridiculous deal with like 5 years. 60 mill.

This deal is fucking awesome for us. This benefits us big time bc if he’s a hit we control him next year. If he flops it’s piece out. Love this deal. God damn howie a slick mother

Rg me has now been replaced by every pedestrian qb in the nfl…. Damn he blows

It says it depends on draft, if kupp their in second bye bye jmatt

Nice 1 year deal by the Eagles.