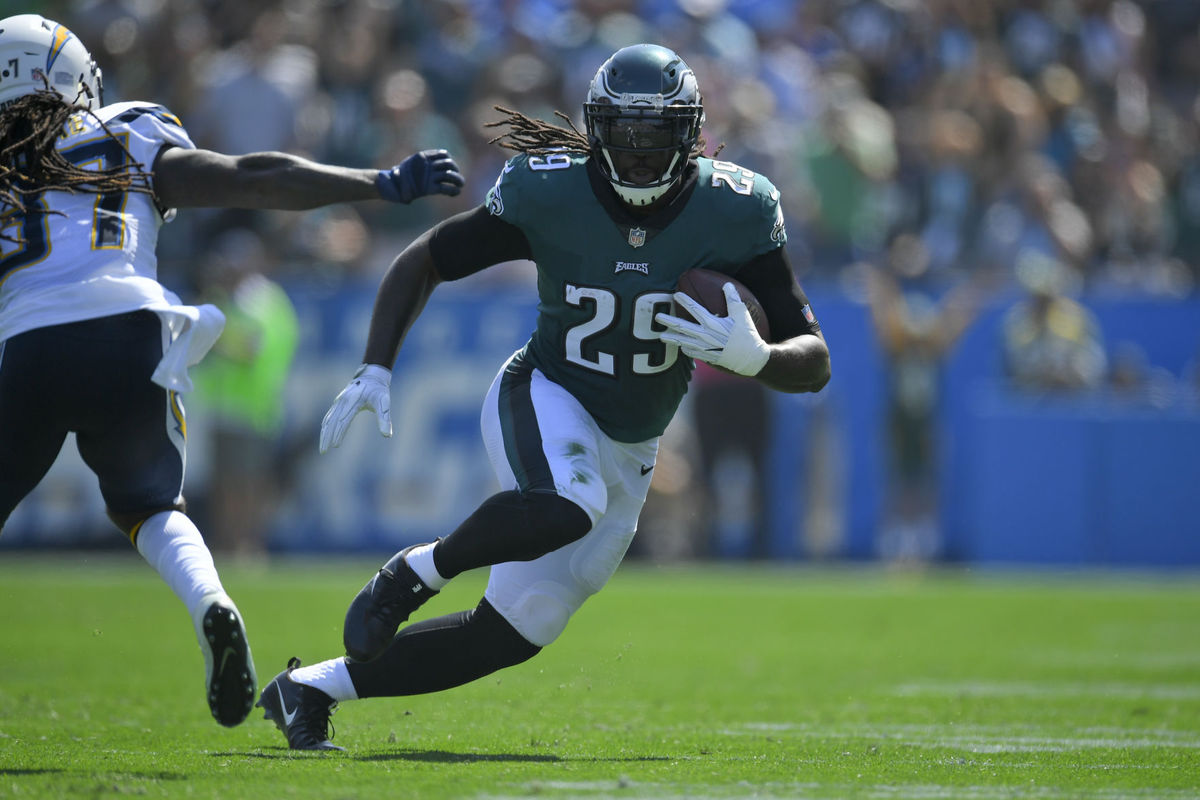 Doug Pederson certainly learned a lesson from the Kansas City game about the importance of running the football.

For the second straight week, the Eagles built their offensive gameplan around running the football. With over 31 pass plays called compared to over 37 runs, the head coach certainly didn’t let the loss of Darren Sproles discourage him from continuing to pound the football.

Veteran running back LeGarrette Blount was the focal point of the attack, rushing 16 times for 138 yards. The big back was an absolute treat to watch; it was vintage Blount, powering through defenders, making them look helpless and hopeless. In the last two weeks, Blount has to put bed the nonsensical talk that he was either done, or at best a bad fit for Pederson’s offense.

The 68-yard run by Blount in the fourth quarter was one of the key plays in the game. With the Chargers fresh off of a touchdown-scoring drive, Blount bounced off defenders, making rookie Desmond King in particular look very bad, dragging him 40 yards down the field before finally shaking him off with a powerful stiff arm. The big run set up the team’s final touchdown, giving them a critical two-score lead.

Pederson then went back to Blount on the team’s final drive to close out the game with a two-point lead. Blount responded with an 8-yard run to set up a short-yardage situation, and on the next play iced the game with another strong run.

LeGarrette Blount has plenty left in the tank, folks.

The passing game was used very sparingly in today’s game.

It’s concerning to me how difficult it has been for the Eagles to regularly involve Alshon Jeffery and Torrey Smith in the offense. The team got Jeffery off to a fast start, hitting him for a touchdown in the first quarter, but the veteran playmaker went quiet for almost the entire rest of the game, recording just two more catches after that.

The Eagles were still able to win despite minimal involvement from their outside threats, but its a little troubling that a guy like Jeffery can just disappear for large chunks of the game.

However, the one positive from the passing game was that Carson Wentz showed the best touch he’s had all season on his deeper throws. Wentz placed balls perfectly for Nelson Agholor in the first quarter and Zach Ertz in the second half, resulting in big gains of 38 and 36 yards.

This wasn’t a game that a lot of people expected the Eagles to win. Given that they had to make a trip across the country, facing a desperate Charger team that is better than their 0-3 (now 0-4) record, and the fact that Eagles went in to this game pretty banged up, missing Fletcher Cox and Darren Sproles, it just highlights how impressive today’s effort was.

Coolest thing today? How about the Eagles fans taking over the soccer field out in L.A.? They made this west coast trip look and feel like a Philadelphia home game. The Chargers had to be both embarrassed and demoralized at the turnout in the Eagles’ favor.

Meanwhile, the Dallas Cowboys suffered a letdown at home to the Rams, and have a date with Aaron Rodgers and the Packers next week.

With the struggling Arizona Cardinals coming to town next week, the Eagles have a golden opportunity to really get on a roll and create some strong separation between themselves and the rest of the division.

Notes From The Phillies’ 7-4 Loss To New York

Notes From The Phillies’ 11-0 Win Over New York