Sixers’ Week In Review: Above .500 For First Time In Four Years 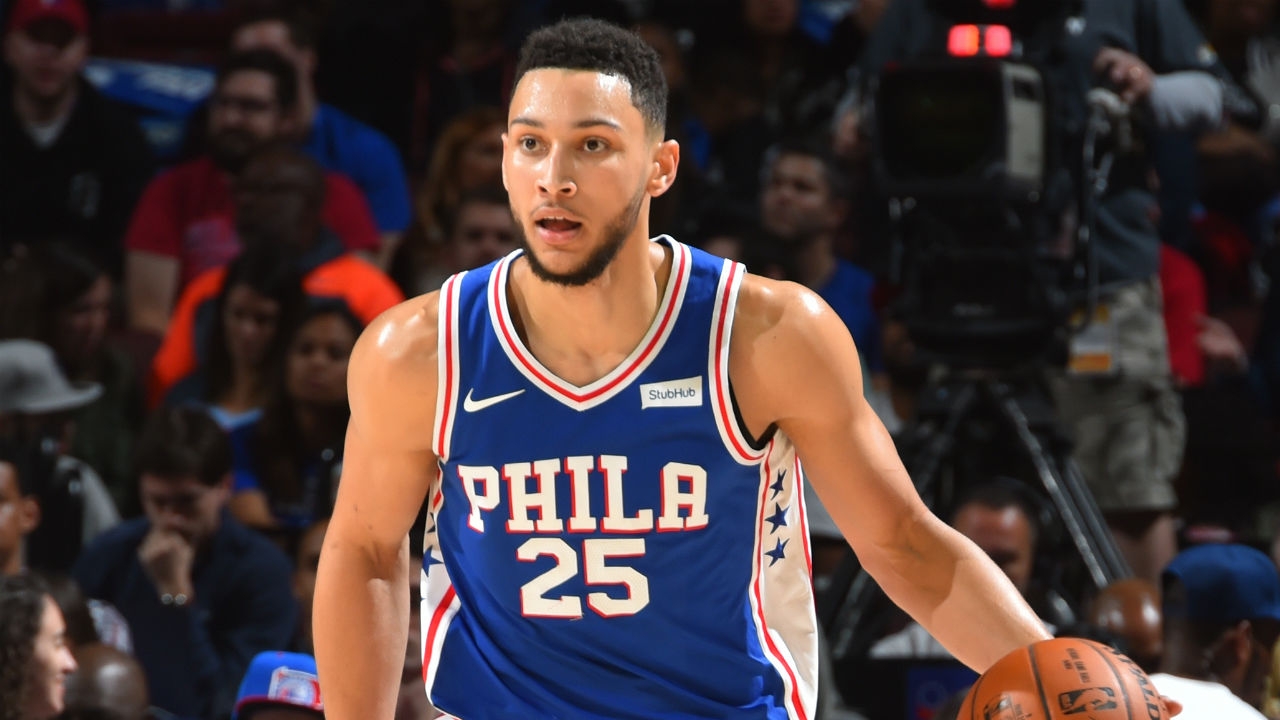 Over the last week, the Philadelphia 76ers went 3-0, improving to 5-4 on the season. Here’s some quick thoughts about the team’s last week of games.

the benching of Fultz changed the Sixers fortunes. Would like to see Sixers get more foul shots but the game plan is ball movement to an open 3 point shot. Sixers have 3 great 3 point shooters right now ( Reddick, Covington, Bayless) and Saric/ TLC who are average/adequate putting a lot of pressure on teams who double team Simmons or Embiid.

Sixers won 5th game in a row in Utah even without Embiid. Simmons didn’t play well but Utah was worse. Jazz rookie Donovan Mitchell shot ( 3-21 ) was the biggest reason Jazz lost. Saric shot the ball really well so did Reddick. Simmons had a double double but shot (7-22 ) as Jazz gave him a 2 yard cushion, even a 3 yard cushion off screens and Simmons keep missing but Saric and Covington both had double doubles also with good shooting %.

Sam Bradford has been put on IR for the remainder of the 2017 season. So Sammy like..just can’t stay healthy to play two seasons in a row. Time for sleeves to hang it up. It’ll be interesting to see if another team will be willing to trade for him in 2018. The Vikings will go with Case Keenum and Teddy Bridgewater whose recently been activated.

Jon Heyman of FanRag Sports writes that the Cardinals “are believed to be the team the Marlins would most like to make a deal with” in the Giancarlo Stanton sweepstakes.
Peter Gammons of GammonsDaily.com wrote earlier this week that the Cardinals have already offered “one of their best young pitchers” to Miami in prospective trade talks. Of the teams connected to Stanton so far — others being the Giants, Phillies, and Red Sox — St. Louis undoubtedly has the best cost-controlled pitching talent, but there is a question as to whether the 28-year-old superstar would accept a move to a Midwest team. He’s said to prefer one of the coasts and his mega-contract contains a full no-trade clause.
Related: Cardinals
Source: FanRag Sports
Nov 9 – 9:30 AM

Henski, as critical as you have been about contracts — and you have been VERY critical-understand that the back end of this deal involves several years that by all indications will be a waste of money– that said- HAC has been on board with ‘this is the business of sports and contracts mean NOTHING”–Come to Daddy!

what the fuck are you talking about? critical of contracts? me ? where? when? u got me confused. prob the only time i criticized a deal was howards and only bc i at the time preferred to let him walk and bring in fielder or pujols instead. other than that fuck outta here

re: stanton hes young… by the time hes 36 and on the decline he will be making 25 mill a year but so what 25 mill then will be like 18 today

i dont give a fuck about money on a capless sport

Then I stand corrected… BTW both those contracts were disastrous as well but to me it’s the cost of doing business….

who cares, the phillies franchise is run by buffoons. They just hired a bikini underwear model as manager.