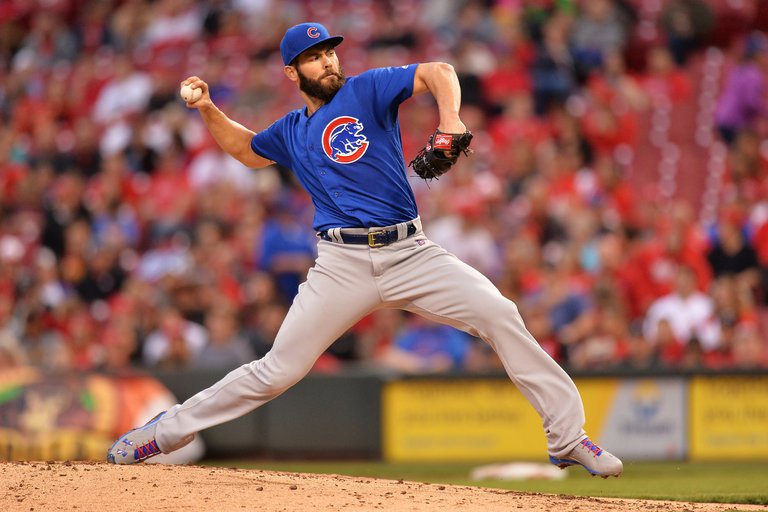 It’s amazing how the sports atmosphere in Philadelphia has changed so much since the Eagles won the Super Bowl.  The players for the Sixers, Flyers and Phillies have been inspired to step up and take the challenge.  Both the Sixers and Flyers went on winning streaks.  In addition, the front offices of those teams are clearly under more pressure to chase their respective league titles harder.

A move that was indicative of the changed atmosphere was made by Phillies GM Matt Klentak, as he surprised a lot of Major League Baseball experts by winning a negotiating battle with former Chicago Cubs ace Jake Arrieta by signing him to a three-year $75 million dollar deal.   The star righthander was reportedly looking for a six-year deal for $180 million after having an amazing run with the Cubs.

In the 2015 season, he was the National League Cy Young Award winner with a dominating record of 22-6 with an astonishing 1.77 ERA and a no-hitter.  Winning a Cy Young Award with a 1.77 ERA, while pitching in Wrigley Field is much more than an outstanding accomplishment. It is Super Human!!!  In 2016, he won 16 games and led the Cubs to a historic World Series Title by winning two games in the Series and helping to end a title drought of 108 years.

Arrieta is 32 years old and it’s a fact that he’s lost some velocity on his fastball.  Despite being clearly one of the best starters in the National League, there’s a big question mark over his head because the Cubs made no effort to resign him. What does Cubs President Theo Epstein know that we don’t?

He had a 14-10 record in the 2017 season and finished very strong after a slow start.  The fact that the Phils signed him for only three years protects the Phils if for some reason the ace heads downhill.

If LeBron Came Here To Play, He Could Play Until 2030