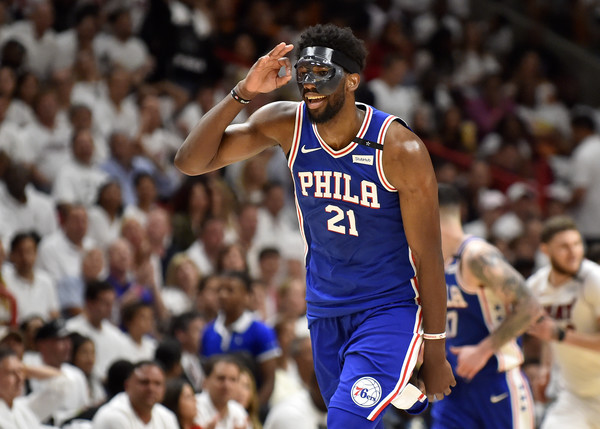 The Sixers need to close this series out tonight against the Miami Heat.  They must exhibit the “killer instinct”.  I want them to jump on the Heat from the start to let them know this is going to end tonight.

They can’t play around with the Heat and let them leave Philadelphia with any “playoff life” left.  I anticipate that we will learn quite a bit tonight about our young superstars, Joel Embiid and Ben Simmons.  Great players step up “their game” when the lights are the shining the brightest.  Embiid and Simmons should take a bow on center stage after closing the door tonight on Miami.  Each one of them can take turns taking over the game.

I want to see them complete their task some way or some how.  The Heat just don’t have what it takes to win this series, but they could find a way to win this game tonight. The Philadelphia squad must make it impossible for that to happen.

The Sixers should come out and get physical with Miami.  I want them to be smart about and do it in the course of playing their game. Don’t lose your composure in playing physical emotional “PLAYOFF” basketball.  Let Embiid set some tough picks or get deep on the blocks and throw one down in somebody’s face.  Simmons can come flying up the court and dunk on somebody.  A couple of those plays will have the play going crazy.

I put more responsibility on Simmons than I do on Embiid tonight because the big fella is just getting back on the court.   He’s still must get his timing, but I expect him to dominate tonight.  Chances are his shot will be falling more tonight than in game four.

I think this series will be over tonight.  IT MUST BE.  Do you hear me Joel and Ben?

The Sixers Path To The NBA Finals Is Wide Open

The Quarterbacks Will Tell The Story Of The 2018 NFL Draft