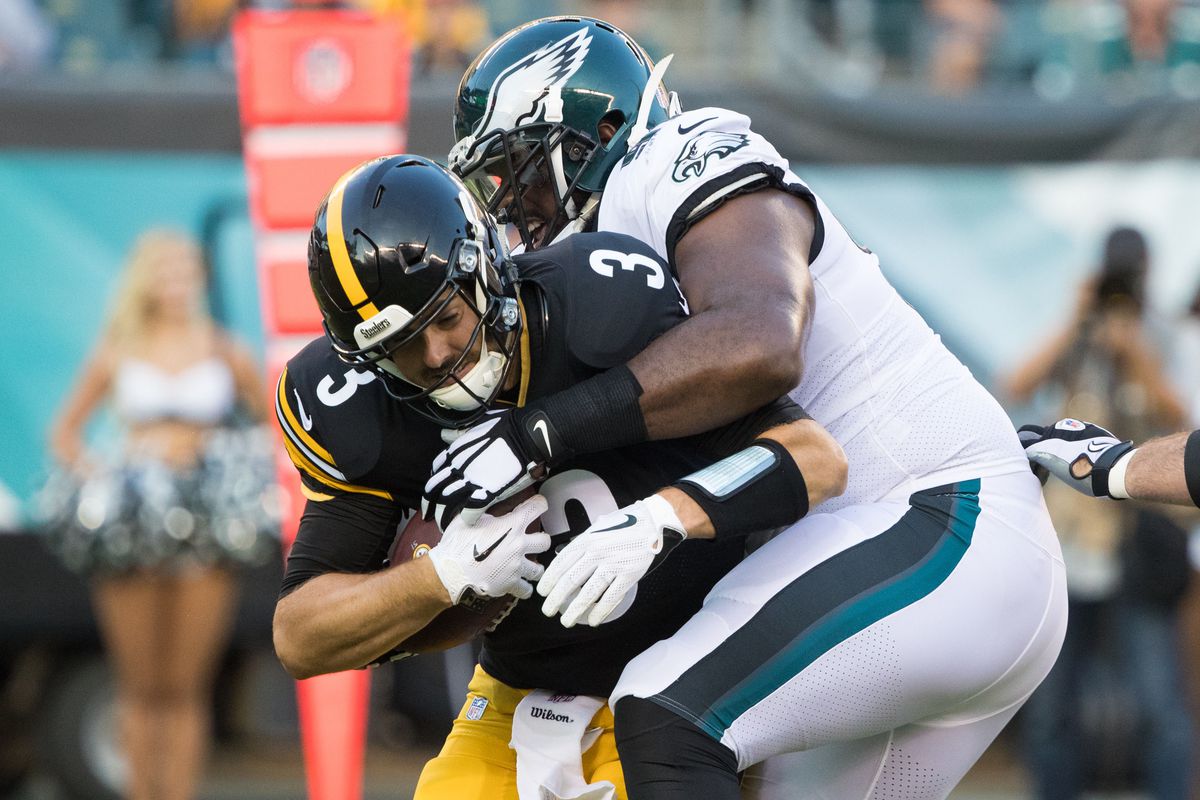 Nate Sudfeld is going to play a great deal this August.

Sudfeld, a guy who the Eagles have hyped up quite a bit since signing him to the practice squad at the beginning of last season, got the start last night and had an up-and-down performance.

Sudfeld came out of the gates with a bad interception. The young backup threw an ill-advised pass to a receiver that was never open, and the result was a pick that set up the Steelers with a short field.

To his credit, Sudfeld didn’t let the interception rattle him, and he came back several drives later to lead the team on a nice drive, capped off with a nice touchdown pass to rookie tight end Dallas Goedert.

Sudfeld struck again in the second quarter, showing off his deep ball with a 63-yard touchdown strike to Shelton Gibson.

Sudfeld threw another interception, but I thought the second one was more the fault of Bryce Treggs, who seemed to run the wrong route.

For the night, Sudfeld finished 10/14 for 140 yards, two touchdowns, two picks, and a rating above 100. My impression of Sudfeld after this game was that he looks like he can play in this league, but needs more development. I wouldn’t feel confident if he was the number two quarterback going into this season. He’s got the arm strength and good mobility, but his decision making needs to improve. This can improve with time and experience.

I was shocked that head coach Doug Pederson pulled Sudfeld after just two quarters. Sudfeld needs reps to develop and for the Eagles to get as a good a look at him as possible. Playing camp body Joe Callahan for an entire half made the second half much more painful to watch.

The majority of the Eagles’ defensive starters played two series, and dominated the Steeler reserves.

There was no Ben Roethlisberger, no Antonio Brown, no Le’Veon Bell, but the defense did their job against the opponents they lined up against.

Fletcher Cox made David DeCastro look silly when he blew by him for a sack on the team’s first defensive snap. Malcolm Jenkins and Nigel Bradham combined for a sack to take the Steelers out of field goal range following the first Sudfeld interception.

The preseason is one of the most over-hated things in the game of football.

Everyone complains that its bad football, that the preseason is too long, that its unwatchable.

The reality? You don’t have to watch it.

While I’m certainly not going to tell you that what you see in August is quality football, I’ve always enjoyed these four weeks of the year because its where you see the final roster take its shape, with position battles and undrafted rookies flashing as they try to survive the final cuts.