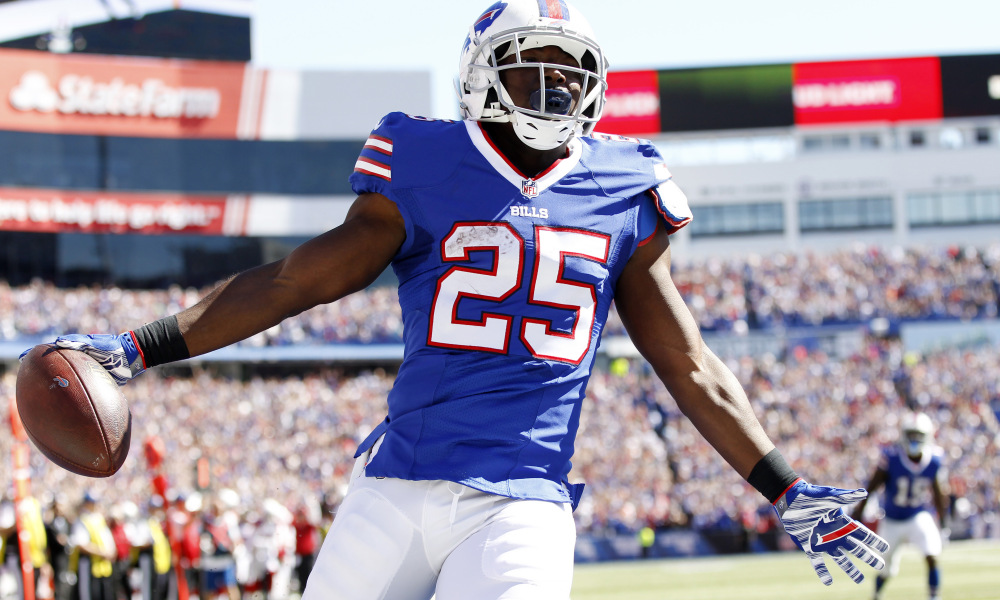 The Eagles have reportedly contacted the Buffalo Bills about working out a deal to acquire the services of former veteran running back LeSean McCoy.  Of course you know that McCoy is a former Eagles Pro Bowl running back, who was traded away by former Eagles head coach Chip Kelly.  McCoy was drafted by Andy Reid in the second round of the 2009 NFL Draft and he’s had some great years with the Eagles.  He’s been to the Pro Bowl six times and led the league in rushing in 2013 as a Philadelphia Eagle.

I think McCoy would be thrilled to come back to Philadelphia and make a run at the Super Bowl on this football team.  I think it would be a perfect fit for a veteran running back like LeSean, who has had a great career in the NFL, but you know he would love to put on a Super Bowl ring.

I know that LeSean who still has a home in South Jersey, loves the Philadelphia area.  He comes back to Philly during the off-season and he’s got a lot of friends here.   I don’t know if that’s a good thing, but he also knows guys on the team and he would love to play with this team in the city.

“I think McCoy would be thrilled to come back to Philadelphia and make a run at the Super Bowl on this football team.”

From a football perspective, he brings just what the Eagles need, a running back who will create a serious run threat for a defense.  He’s not only a great ball carrier, but also an outstanding receiver, who does a great job of running screens — which is something the Eagles love to do.   McCoy can also pick up blitzes as a pass blocker.  He would take their offense to the next level and put pressure on teams to try to stop the Eagles running game, so they wouldn’t be able to really tee off on Carson Wentz.

I think there’s a deal there to be made because the Bills are a team that’s not ready to win yet.   They’ve got a rookie quarterback in Josh Allen, who is just learning his craft.  A veteran running back like McCoy could possibly bring them some valuable draft picks.  This type of deal is probably something they would be interested in, so I could see a trade being made.  I could definitely see LeSean returning to Philadelphia.

I don’t know how many more years LeSean’s going to play.   He’s probably going to play 2 to 4 more years at the most and he would love to have those years here, where he’s on a team that’s in the playoffs and going after a Super Bowl title.  LeSean would also love to be doing it right here in Philly, a place that he knows and still enjoys.  I’ll bet you the thought alone brings a smile to his face.  Just knowing that there’s a possibility he could return to Philadelphia and be playing big time games in the playoffs.  Yes, I could see him smiling at the thought of being right here in Philadelphia where his NFL career began.

Get on the phone Howie!!!