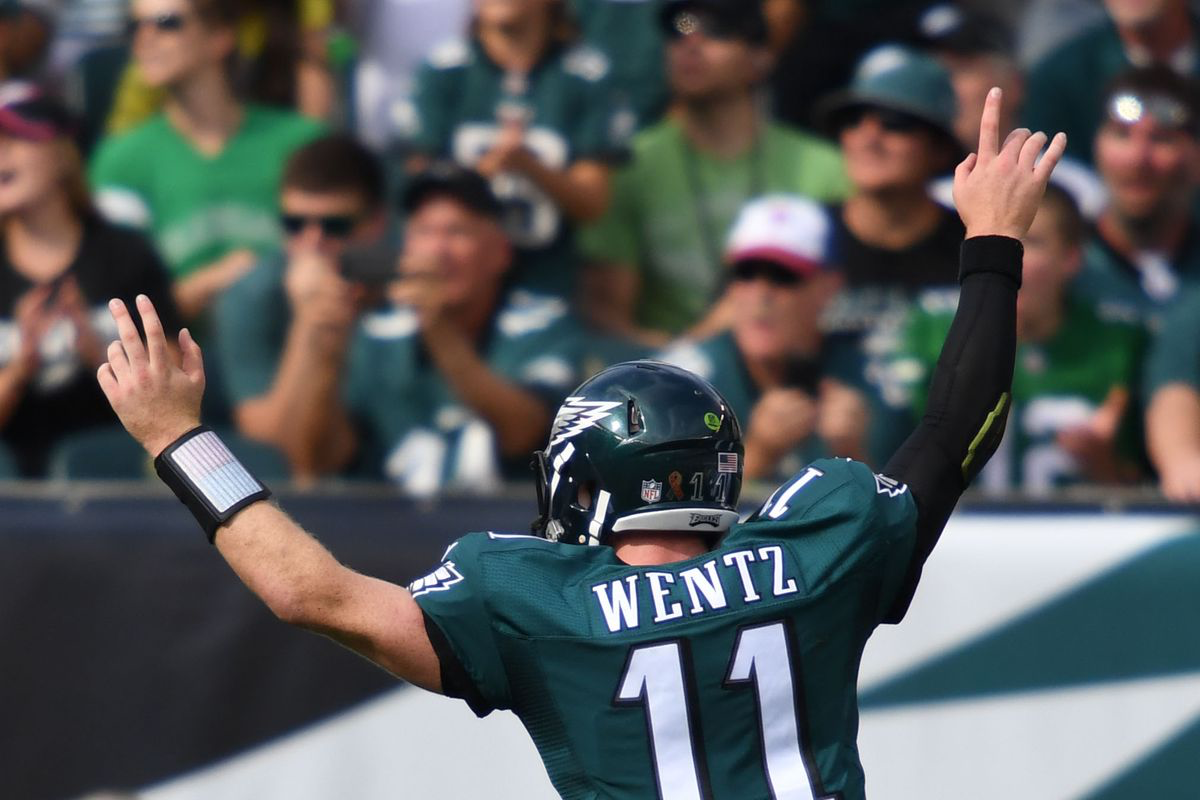 Eagles Wake Up, Get Right With Dominate Win Over Giants

Can we breathe a little easier now?

The Philadelphia Eagles snapped out of their recent funk with a Thursday Night blowout of the New York Giants, evening their record at 3-3 and earning their first win within the division.

The key tonight was getting off to a fast start. Kamu Grugier-Hill set the tone with an interception of Eli Manning on the Giants’ opening drive. Grugier-Hill set up a short field in which Carson Wentz connected with Alshon Jeffery for an easy score, giving the Eagles the lead from which they would never look back.

“Carson Wentz turned in his best performance of the year, dropping over 275 with three touchdowns and no turnovers.”

The offense finally cracked 30 points for the first time all year after struggling to score in the low 20’s. Unlike previous games, Doug Pederson’s group did a much better job at protecting the football. There weren’t any catastrophic mistakes like the turnovers from previous weeks that allowed the Giants to gain momentum or get back into the game.

However, the news was not all good, with left tackle Jason Peters exiting with a bicep injury. A bicep tear would end his season.

This was a very encouraging performance on the road on a short week for the Birds, given what the team had shown in the previous weeks.

Eli Manning is god awful, isn’t he? Watching him play football these days is just painful. He’s just got no pop left in his game, and it really takes away from some of the talent that the team has in their receiver group.

You can’t say the same for Saquon Barkley. My goodness, that guy is going to have one heck of a career, and he’s going to be a force for the Eagles to reckon with in the division over the years to come. Running backs with his gamebreaking ability don’t come around too often.  People debate whether or not the Giants should have taken a quarterback with the second overall pick, I can’t fault them at all for going with the special talent in Barkley.

This was a great “get-right” game for this team.

Do The Eagles Want Le’Veon Bell or LeSean McCoy?