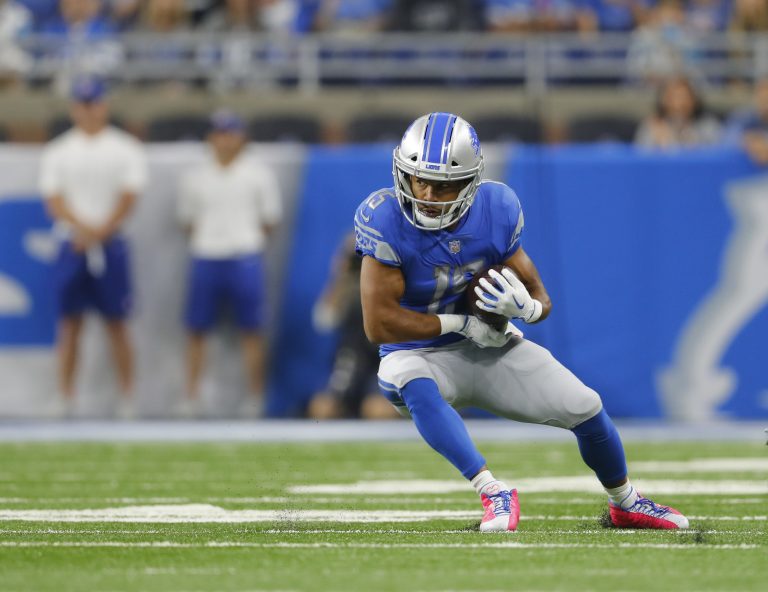 It’s the bye week and a very important time for the Philadelphia Eagles.  They’re not playing a game, but they’ve got to get themselves ready to go on a run to get ready for next Sunday night against the Cowboys.

In what I think was an outstanding move, they’ve added playmaking wide receiver Golden Tate to the offense because they’ve got to step it up on third downs. Last year with quarterback Carson Wentz leading the way, the Eagles offense was the best third offense in the National Football League.  They have been struggling this year for a number of reasons.

”The addition of one of the best third down wide receivers in the game should help solve the [third and long] problem.”

Penalties and mistakes have been putting the Eagles in situations where they’re third down and six or more yards to go. Offensive coordinators consider third and more than five yards to go, third and long. Third and long situations put pressure on the offensive line because the quarterback is forced to hang onto the football.

The fact that the Eagles offensive tackles have been battling injuries has cost the team on third downs.  Time after time we’ve seen both Jason Peters and Lane Johnson get beaten on third and long situations.  The addition of one of the best third down wide receivers in the game should help solve the problem.

Tate has been one of the best run after catch receivers in the league for nearly a decade.  He’s at his best when the quarterback gets him the football ASAP.  That will take pressure off of Wentz and the Birds offensive tackles.   I think they’re going to have him in the slot, in the backfield and all over the place.  He fits that role because he is really a running back playing wide receiver.  I believe that head coach Doug Peterson and the Eagles offensive coaches are going to get very creative about getting the ball to Tate.

“The Eagles have got to get this offensive locomotive going right now.”

So now in key situations opposing defenses will have to deal with Tate, along with Pro Bowl tight end Zach Ertz, who is on the way to shattering all the single season tight end pass catching records for the Birds.  With Tate in the slot, they’ll need to find a way to control wide receiver Alshon Jeffery, who is nearly impossible to stop on third down and red zone situations when being covered one-on-one by a cornerback.  Nelson Agholor will be worked in there at different spots.

The Eagles have got to get this offensive locomotive going right now.  They have no time to spare. The five and two Redskins are leading the division and they have a chance to increase their lead tomorrow with a win over the Falcons.  If the Birds find themselves trailing the Skins by two games at the halfway point and they have to play both the Saints and Rams in the second half, you understand why they made the trade for Tate.

The Eagles offense has scored over 24 points in a game only one time in the first half of the season. They think the addition of Tate is the kind of target Wentz needs to take his game to the next level, so that they scoring like they did in the 2017 season.  Let’s hope they’re right.