Another Painful Loss To The Cowboys 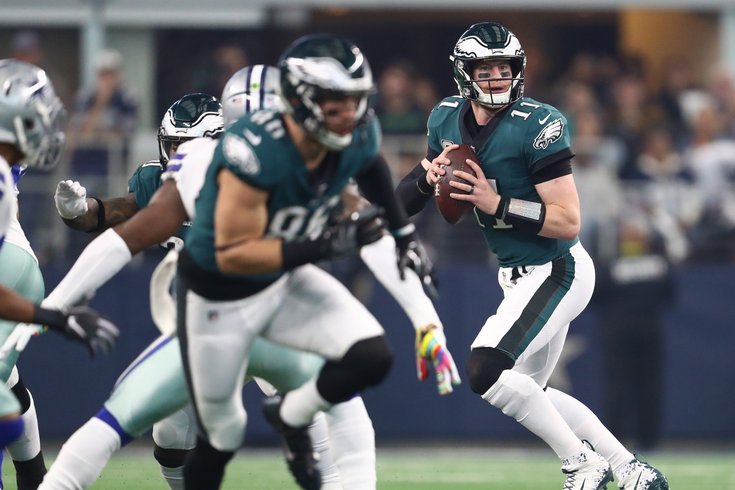 The game was there for the taking.  The Eagles had plenty of chances to win throughout the second half and they were very close to putting themselves in first place in the NFC East.  Unfortunately, ‘close’ only matters when you’re playing horseshoes.  ‘Almost’ still counts as a loss in the National Football League.

“This Eagles defense found a way to keep the Birds in the game single-handedly, even when the team’s offense didn’t arrive in the city of Dallas until the fourth quarter.”

The epic battle against the Dallas Cowboys started off with one of the worst officiating calls I’ve ever seen but, yet the victory was still possible for the Birds.  The offensive pass interference call against Dallas Goedert was horrible too, but this loss can’t be blamed entirely on the refs.  Why?  Because the Eagles had plenty of chances to get the win themselves and they didn’t get it done.

This Eagles defense found a way to keep the Birds in the game singlehandedly, even when the team’s offense didn’t arrive in the city of Dallas until the fourth quarter.  The flight carrying Carson Wentz and his buddies didn’t even land until the second half, but amazingly the game was still there to be had.

The Eagles should send a ‘thank you’ letter to Dak Prescott and tell him how much they appreciate his help keeping the Eagles in the game.  For three quarters, Prescott was the best player for the Eagles by far.   His turnovers were giving the Eagles plenty of opportunities to score and take the lead in the game — but they didn’t capitalize on the opportunities.

“Someone needs to ask… what is going on with Carson Wentz and the offense in the first half and at the beginning of these games?”

I don’t even know the names of all the people in the Eagles secondary anymore and they just were not up to the task.  Sidney Jones was out there playing injured and he was one of the fastest players coming out in the draft a couple of years ago.  Last night however, he had the Cowboys’ Amari Cooper running by himself like he was standing still.  Cleary he had a hamstring injury and couldn’t run.  Some of the other players back there like DeVonte Bausby, need to really work on their play.

It was awful situation, which ultimately led to the difference in the game as the Cowboys got the victory and likely the NFC East championship.

Someone needs to ask…what is going on with Carson Wentz and the offense in the first half and at the beginning of these games?  One thing I noticed is that Carson’s fundamentals have gotten sloppy.  He’s not setting his feet properly and he’s throwing the ball all over the place.   At times he’s making throws at the feet of the receivers or over their heads.  It is almost like he isn’t seeing the secondary properly at the beginning of the game and he’s not making the right reads.  In addition to that, I’ve said for a while that he’s holding onto the ball too long except when he throws the Ertz.   It’s just very, very frustrating the way he starts out games.

Yeah, everybody had their part in this loss.  Sometimes the offensive line isn’t doing a good job.  Sometimes the receivers aren’t running the right routes and catching the football properly.  But Carson Wentz has been off of his game.  Right now is just not a good time to be Carson or the Philadelphia Eagles.

They’re back! Kennedy Darling, named to return to

Good day! I just wish to give a huge thumbs up for the great information you’ve gotten here on this post. I will be coming again to your weblog for more soon.

Pretty nice post. I just stumbled upon your weblog and wished to say that I’ve truly enjoyed surfing around your blog posts. In any case I’ll be subscribing to your feed and I hope you write again very soon!