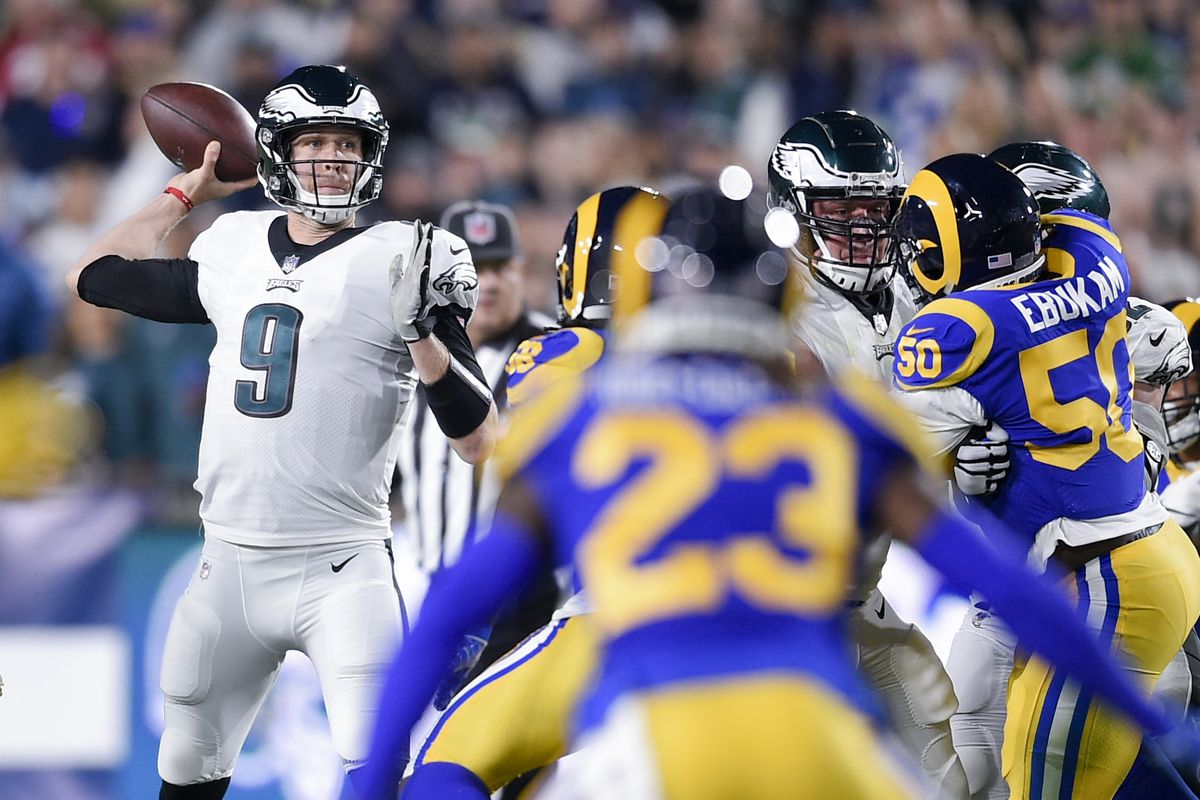 No one gave the Philadelphia Eagles much of a chance to win this football game.

Heck, forget the circumstances going in to this week, even before the season this was a game that many people penciled in as a loss.

And yet, Nick Foles came in making his first start in 12 weeks, and gave the team the spark they needed to pull off an impressive upset to swing the playoffs back into play.

Foles did several things particularly well tonight, things that Carson Wentz had been doing poorly for most of the season. The first thing that jumped out to me was Foles’ awareness in the pocket. He didn’t take a sack the entire night, and while the offensive line deserves a world of credit for keeping him clean, part of that was Foles’ ability to feel out the rush, and move around and adjust on the fly accordingly. Wentz had been uncomfortable and jittery, leading to bad sacks, holding the ball too long, and fumbles.

Foles also took shots the down the field, and allowed his receivers to make plays on the ball. The offense wasn’t just the Zach Ertz show, as the team rediscovered Alshon Jeffery in a big way, with Foles hooking up with one of his favorite playoff targets for many big plays, particularly on third down, throughout the night.

Carson Wentz is still the future of this franchise. The lingering effects of his injury have had a lot to do with his poor play this year. But Foles is a very special quarterback in his own right, and the lift he gives this team is something special.

Defense Rises Up Against Offensive Powerhouse

This was the Eagles’ best defensive performance of the season.

The unit made several key plays, keeping the Rams to field goals on several drives, creating turnovers, and coming up with a big stop at the end of the game.

Going in to this game, you expected the Rams to just have a field day with the Eagles’ secondary. But the big plays never came. I’ve been very critical of Jim Schwartz all year, but this was a solid showing from his group all around.

The Eagles are now just a half game out of a playoff spot.

The team is absolutely capable of running the table and winning out to finish the season. The question now is whether or not they’ll get the help that they need along the way.