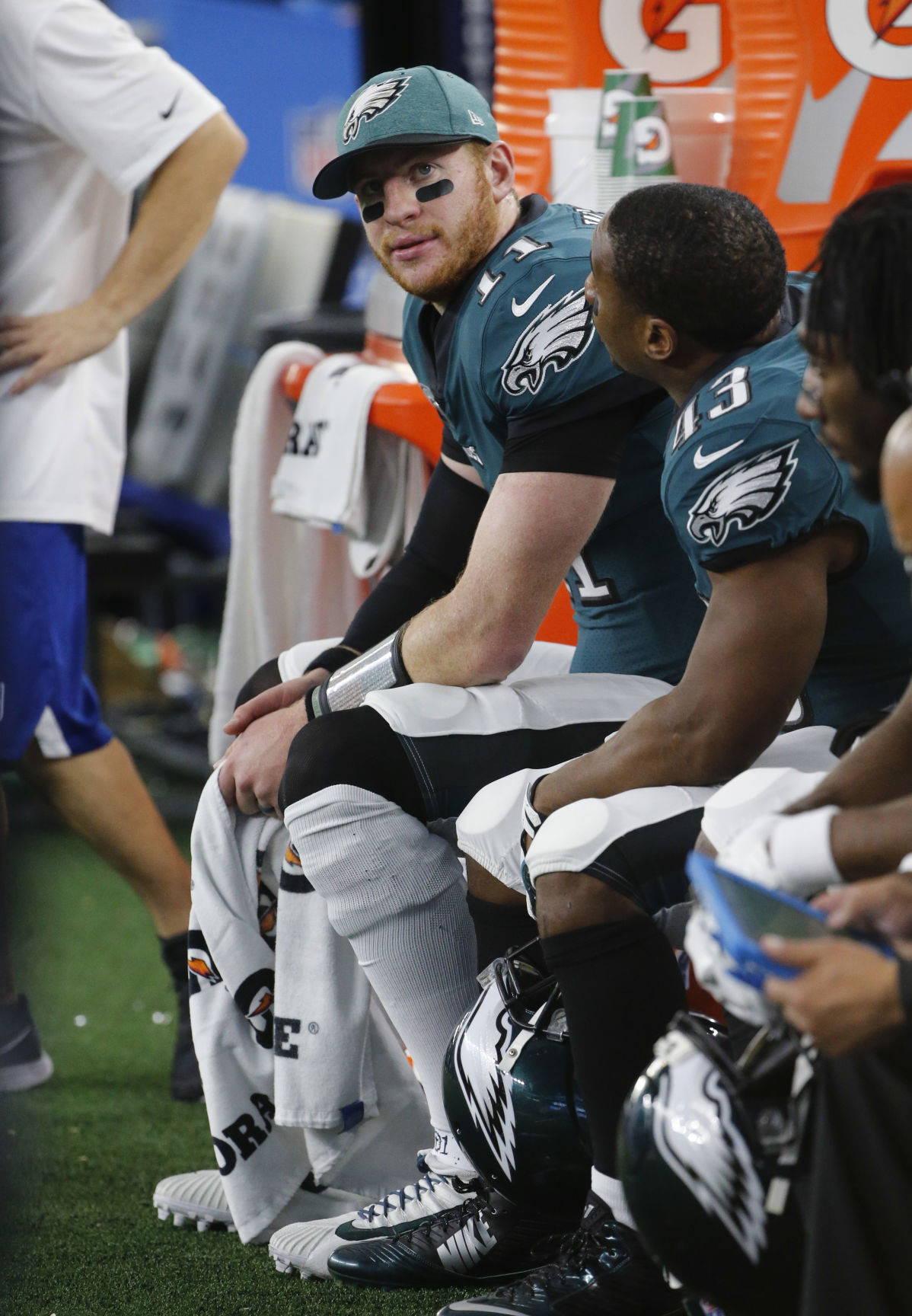 Eagles quarterback Carson Wentz has a fractured vertebrae in his back and the Birds won’t have him play against the Rams on Sunday and he may not play any more this season.  A CT scan of the QB’s back revealed this problem earlier today. Most everyone who reads up on the Eagles knows this already.  This injury brings out all types of questions.

“I’ll tell you as a fan, I really feel good about the fact that this injury explains some of the reasons that he has been struggling.”

There has been a report that the CT scan showed the fracture today.  Is the fracture from an injury that occurred against the Cowboys or is it something that Carson has been dealing with for weeks? We don’t really know for certain.  In October, Carson was on the injury list for back problems, but he didn’t miss any time because of it.  Is this the same injury or is it a different injury?  Carson needs to know and Eagles fans need to know as well.

These questions need to be asked and answered soon.  Is this a case of Carson Wentz playing through an injury or are we talking about multiple injuries?  I’ll tell you as a fan, I really feel good about the fact that this injury explains some of the reasons that he has been struggling.  This explains why he was having problems with his accuracy. We can understand him missing throws this season due to his back problems.

I could understand why he might get off to a slow start in the games if this has been an ongoing thing.  We have all heard and seen the team get off to theses awful starts in the first quarter of games this season.  I can understand now why the Eagles offense wasn’t able to score in the first half against the Cowboys.

“If anything I’m more on Carson’s side than I have ever been because the he’s been going out there and playing through pain and injury.”

He hasn’t been talking about the pain in his back or his knee.  He’s taken responsibility for not playing well. As far as I am concerned, Wentz is a standup guy.