The Eagles head North in search of their 3rd straight win 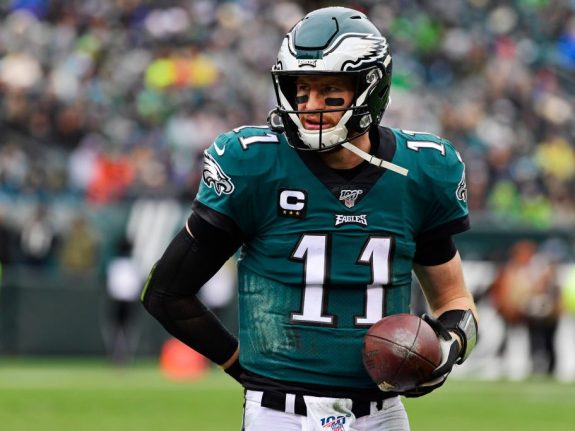 The games provided by http://dadu-online.vip/ have differences with other live casino games, this dice game has a large payout calculation if you successfully guess the bet you choose.

At the beginning of the season, every Eagles fan and media member understood the importance of getting off to a good start. The beginning of their schedule looked like a favorable one, at least for the first three weeks. Opening with Washington, Rams, and the Cincinnati Bengals, most if not all expected at worst a 2-1 start, before entering a tough four game stretch against powerhouses (at the time) San Fran, Pittsburgh, Baltimore, and Dallas.

Like most teams in the NFL, the Eagles were hit hard by injuries and the lack of a preseason. The original starting offensive line has yet to play a snap together due to injuries to Brooks and Dillard, and the offensive line after that can’t seem to stay healthy either. Jason Peters and Lane Johnson are dealing with nagging injuries, and Carson hasn’t had all of his weapons together for even a quarter of game play. Alshon has yet to return after reports of an early October debut were made public, DeSean Jackson has been hurt twice, Jalen Reagor their number one pick, missed five games with a thumb injury, Zach Ertz and Miles Sanders have missed the past 2 weeks with injuries, and Dallas Goedert just returned after an ankle injury of his own.

After loses to Washington and LA, the Eagles battled back to force OT vs the Bengals, only to tie. That easy start that the Eagles were supposed to have, turned into a 0-2-1 start and a matchup with the defending NFC champs. Luckily the 49ers were decimated by injuries as well as they were without Nick Bosa, Jimmy Garoppolo, Raheem Mostert, and a few other key players. Through late game heroics from Travis Fulgham, the Eagles were able to beat SF 25-20.

The Eagles hung in tough against Pittsburgh and Baltimore and then put together two wins in a row against divisional rivals NY and Dallas before heading into their bye. At 3-4-1, the Eagles are looking to climb even in the win/loss column and sweep the NY Giants yet again.

Miles Sanders, Jason Peters, and Alshon Jeffery are scheduled to play and give the Eagles offense a much needed lift. Lane Johnson is still battling an ankle injury so his status will be updated closer to game time. On Monday, Issac Seumalo was activated off the IR, giving the Eagles a 21 day window to put him on the active roster. If Johnson, Peters, and Seumalo all play on Sunday, the Eagles will have their anticipated week 1 offensive line intact.

The Eagles beat the Giants in week 7 on Thursday night 22-21. Down 21-10, Wentz led the Eagles on two scoring drives in the fourth quarter. The final one ending on a beautiful, back shoulder pass to Boston Scott running a wheel route on the outside.

In week 7 Wentz threw for 359 yards, 2 TD’s, and 1INT. Defensively the Eagles did a pretty good job. They gave up 160 rushing yards but 80 of them came on 1 QB keeper by Daniel Jones. Take that away and the Eagles held another opponent under 100.

During the bye week the Eagles had one player and one staff member test positive for COVID-19. The Eagles haven’t had a consistent practice schedule in the past couple weeks, but one thing about Doug Pederson, his teams are always ready to go. With the Eagles getting healthy, coupled by the veterans who may not need much practice time, the Eagles should be in line to win their third straight division game, and third overall.

Players to Watch:
Dallas Goedert TE- In their first meeting, Goedert and Ertz didn’t play, allowing for Richard Rodgers to get most of the snaps and rack up 6 catches on 8 targets for 85 yards.
Miles Sanders RB- In the games he’s played this year, Sanders has dominated, now that he’s healthy, the Eagles are going to need him and it starts this Sunday.
Carson Wentz QB – If the Eagles have postseason aspirations, Wentz needs to get going and become consistent. He needs to eliminate his turnovers and start games fast and not play catch up.

Matchup of the Game:
Evan Engram vs Eagles Linebackers

Prediction:
The Eagles had a week off to recover and get healthy and they’ve seemed to do just that. Wentz has had a week to step away from football and regroup and Doug Pederson always seems to have success against the Giants. Getting Miles Sanders back and having Goedert this time around should make the offense move even easier up and down the field. If the Eagles want to make a postseason run they need to string some wins together against inferior teams. There aren’t many left on their schedule, so they have to have this one.