Taking an early look at what the teams picking ahead of the Eagles could do in the draft. 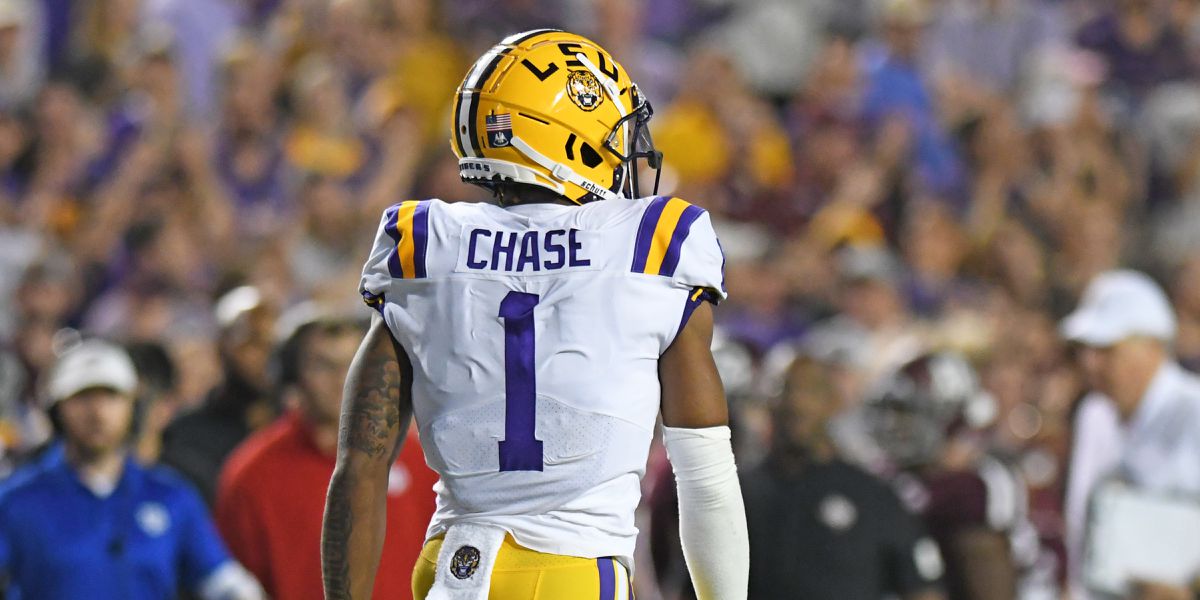 This isn’t the year to buck the trend. Howie Roseman and company don’t need to hit just on this pick, but 60% of the picks this year. The combination of prior draft busts and roster mismanagement has left the Eagles at a crossroad. They moved on from their once franchise QB, are way over the cap, and have an old aging roster to cap it off. The Eagles now have 4 picks in the first three rounds and need to go with the BPA (Best Player Available) strategy especially in the first round, even if that’s a QB.

Draft Landscape in front of the Eagles

The Eagles pick 6th this year and the teams in front of them, except the Jaguars at 1, could go in multiple directions.

The Jags most likely are drafting Clemson QB Trevor Lawrence with the first pick in the draft. It’s been no secret Lawrence was the number one pick this year, the only question was what team was going to be picking him. That takes care of the first pick.

The NY Jets have the second pick. Of the 5 teams ahead of the Eagles, the Jets probably have the toughest decision. They have a young QB in Sam Darnold that they need to make a decision on. He has been floated around in trade rumors, but also has been told he’s “the guy” in NY. Darnold isn’t the only QB linked to the Jets, Deshaun Watson has also had his names linked. The current Texans QB has demanded a trade and the Jets have some of the assets that would intrigue or entice the Texans.

Should the Jets decide to move Darnold and not trade for Watson, the Jets could go QB at the 2nd pick. That leaves Justin Fields, Trey Lance, and Zach Wilson as the top options. Wilson, QB from BYU, has been linked the most with the Jets. Wilson isn’t a polished player or a step in ready QB. The Jets could keep Darnold and let Wilson sit for a year and learn. The Jets could go in any direction with this pick, they could take Sewell the OT from Oregon, or appease their first year defensive head coach Rob Saleh and take Penn State LB Micah Parsons. Early on in the off-season, I expect the Jets to take QB Zach Wilson.

The third pick belongs to the Miami Dolphins. They selected Tua Tagovailoa last year from Alabama so I don’t expect them to go QB. That eliminates Fields and Lance, and even Mac Jones. Getting Tua protection or a weapon should be the clear priority here. The Dolphins did a decent job protecting Tua last year so maybe they feel comfortable passing on Pennei Sewell and looking for a receiver. The Dolphins would have their pick between Ja’Marr Chase, Devonta Smith, Jaylen Waddle, and Kyle Pitts. Chase and Pitts are the best talents, however Smith isn’t far behind and already has a relationship with Tua from their time at Alabama.

I can’t see them taking TE Kyle Pitts at 3, especially with Mike Gesicki coming into his own, plus their need of an outside threat. In my opinion it comes down to Chase and Smith and I would lean toward the Dolphins taking Smith at 3.

The 4th pick belongs to the Atlanta Falcons. If the Jets had toughest decision to make, the Falcons have the second toughest. They have an aging Matt Ryan at QB, two solid WR’s in Ridley and Julio Jones, and have focused on the offensive line each of the past two drafts. I think the Falcons go in one of these directions. They take a QB at four and have him sit behind Matt Ryan, they draft Pitts to pair with Hurst, or they trade out of 4 and grab more assets and or picks.

The QB selection wouldn’t be a surprise as they need to start looking into the future and move on from Matt Ryan. Lance and Fields could be there at 4 and would likely sit for a year and learn under Ryan. If the Falcons believe Ryan has multiple years left, then the draft choice becomes much harder. Chase, Smith, Waddle, Pitts, Sewell, Parsons could all be on the board and when you start to add Caleb Farely and Patrick Surtain to the board the decision becomes harder.

The Falcons just hired Arthur Smith to be their new Head Coach. Smith was the TE’s coach and OC in Tennessee who used a lot of 3TE sets and play action. Kyle Pitts is a top 5 NFL draft prospect, adding a receiving threat in the middle of the field to pair with Hurst and help both Ridley and Jones would be the smart pick for Atlanta.

The Bengals pick 5th. The Jaguars have the easiest decision to make and the Bengals have the second easiest. They selected Joe Burrow a year ago from LSU to be their Franchise QB and before tearing his ACL he was proving he was every bit the guy. The Bengals big problem was keeping Burrow upright. If you watched any of their games, Burrow could often be seen running around for his life. This one pick won’t fix the entire offensive line, but it will begin to. I expect the Bengals to select Pennei Sewell OT from Oregon.

Should the Bengals do something wild and not take Sewell, expect them to look at one of three players if available. Micah Parsons LB PSU, Ja’Marr Chase WR LSU, and Kyle Pitts TE FL. Surrounding Burrow with weapons or adding playmakers on defense would be the next best thing for Cincinnati.

Now, the Eagles at pick 6. The Eagles could go in multiple directions here with this pick. They could use the OT from Oregon, Pennei Sewell, they need WR help, and they could use a QB. Under the assumption that Trevor Lawrence, Zach Wilson, Devonta Smith, Kyle Pitts, and Pennei Sewell (in order) are all off the board, the Eagles pick should come down to 1 of three options. 1 -draft Justin Fields, 2- draft Ja’Marr Chase, 3- trade back. Let’s examine each one.

When you hire a first time head coach, it’s usually because the old one was bad and in turn your team is bad. While that was the case in Philly there were many other contributing factors. They hired Nick Sirianni and traded Carson Wentz. The next question is “Is Hurts the franchise QB moving forward?” If the Eagles think so, great, then that automatically takes Justin Fields, Trey Lance, and the idea of taking a QB out of the equation. If the Eagles aren’t sold on Jalen Hurts, then they really need to look closely at Justin Fields.

In the coming weeks I will have more in depth analysis on Fields and other potential Eagle targets, but Justin Fields has the intangibles to be a Franchise QB. He has the arm strength, the mobility, and the resume from college. The Eagles, or any team, don’t want to be picking in the top 10 often, as it usually means you’re bad. Whether or not Hurts is the long term QB could either set the Eagles back or propel them forward. Skip on Fields and if Hurts isn’t the guy you’ll be picking high again until you find the guy.

If you pass on Fields because of your belief in Hurts, you must put talent around him. Assuming Ja’Marr Chase is on the board, the Eagles need to draft him. Putting an elite talent on the outside to help Hurts grow is the perfect match. If you look around the league, the best teams have an elite QB/WR duo, (Rodgers/Adams, Mahomes/Hill, Brees/Thomas, Allen/Diggs, Brady/Evans) so getting Hurts a young stud to build with could go along way to bringing the Eagles back to relevance. Adding Chase to an offensive core of Miles Sanders, Dallas Goedert, and Jalen Reagor would give the Eagles a much better base to work with. Reagor probably isn’t a true number one, but next to a dynamic player like Chase, he could be come an elite number 2. Chase causes defenses to focus on him, which will take one more player out of the box which will open up things in the middle for Sanders and Goedert.

Don’t Let The Door Hit You On The Way Out Carson….

What questions surround the Eagles roster?