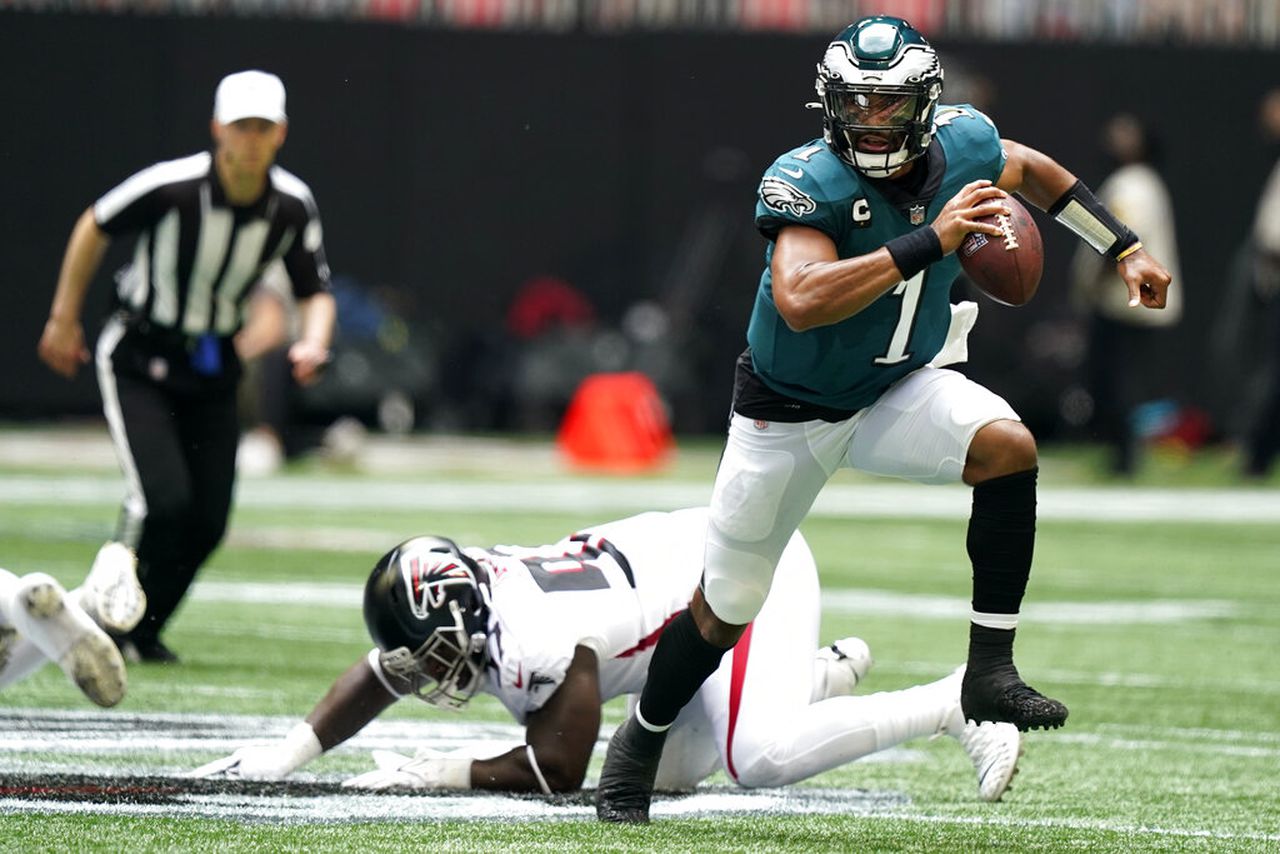 YouTube Video – Falcons defensive coordinator Dean Pees blitzed again and again and the blitzers came free, but Jalen Hurts ran away from the defender time and time again. He operated as if the free blitzer didn’t even exist. It was a tremendous job by the young quarterback. Hurts ran through a Grady Jarrett sack attempt like Jarrett was a little cornerback. I’ve heard about Hurts’ leg strength, but he definitely showed it in all the tackles he broke over avoided. Quarterbacks can run too much, but the job Hurts did on Sunday was amazing to say the least.

Birds All-Pro center Jason Kelce did a great job leading screens, draws and getting out in front of sweeps. I thought he was the other standout player on the Eagles offense.

Defensive tackles Javon Hargrave (2 sacks) and Hassan Ridgeway (1 sack) along with defensive end Josh Sweat played great football by dominating the line of scrimmage. They pressured Matt Ryan and took over the game after the Falcons had two long drives early in the game. Hargrave and Ridgeway need to send a card with flowers to Falcons rookie guard Jalen Mayfield. They abused Mayfield in front of everybody watching the game. Ridgeway also ran over Falcons center Matt Hennessy for his sack. Fletcher Cox needs to get an assist because the Atlanta offensive line left Mayfield one-on-one because they were double-teaming Cox.

Sweat stood out because of the way he stopped the Falcons running attacked. Sweat jacked up all of the Falcons offensive tackles and tight ends. He treated all of them like he caught them going through his locker. On every run play he was in the game, he jacked up the blocker and made the running back make a bad choice of running into other Birds defenders.

After that it was all Eagles punter Arryn Siposs who had three punts downed inside the Falcons 20 yard line.

Eagles Got It Done In The Red Zone