The Receivers Coach Took Over Yesterday 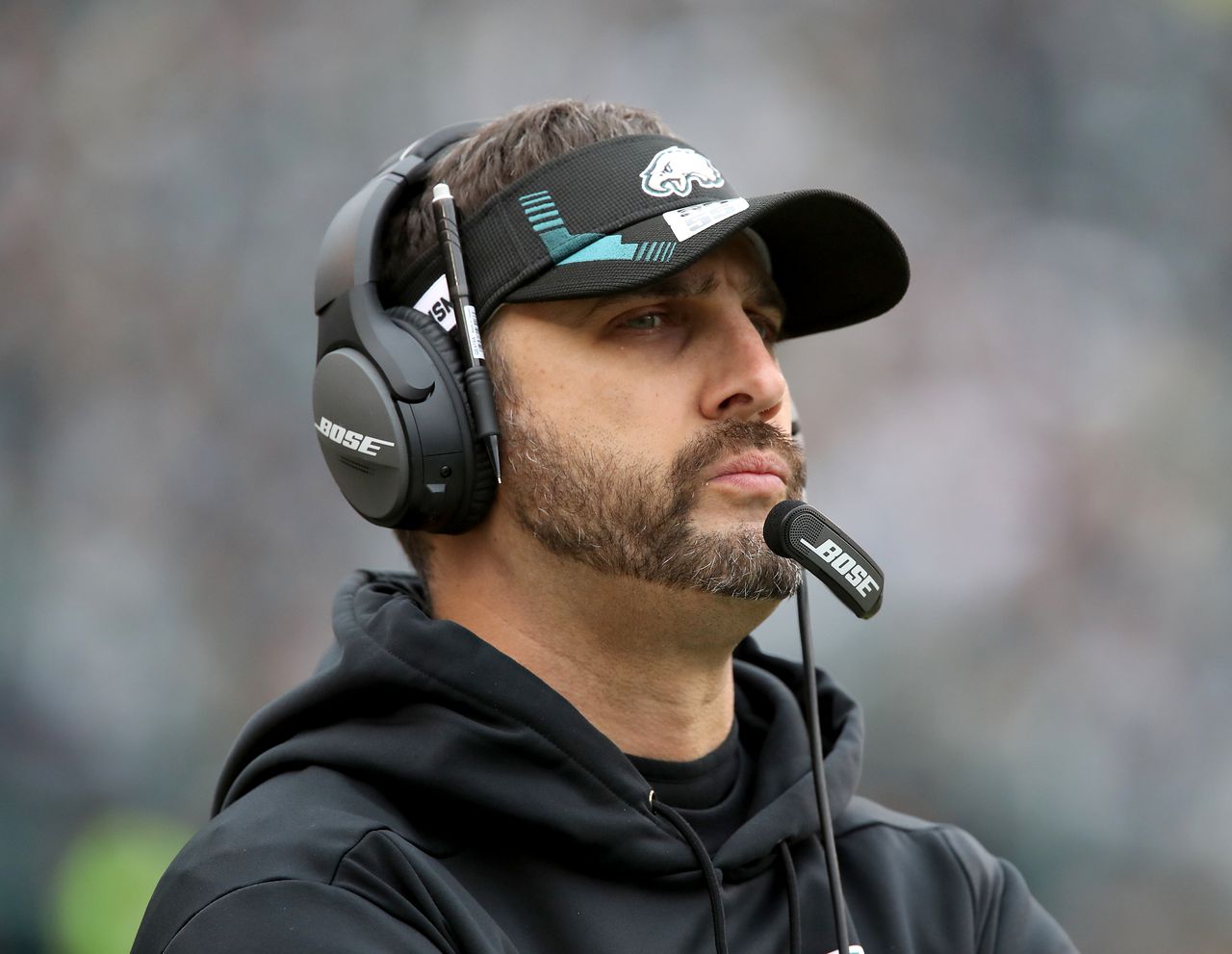 Eagles head coach Nick Sirianni just couldn’t help himself and his passion for throwing the football. You might not know this, but Sirianni started out as a receiver’s coach. If you hear him talk, you can hear that his passion in teaching the passing game. He loves it and probably stays up at night thinking about it. The only problem with his passion is the fact that he is no longer just the receivers coach. He’s the head coach now and therefore coach of the whole team. His job now if to find a way to win. Yesterday I think the receivers coach took over from the head coach.

Even though the Eagles have clearly showed everybody that the strength of their game is running the ball, Sirianni couldn’t help but try to throw the ball too much against the Giants. They didn’t show a commitment to the run despite the fact that their running game has turned the season around. Still Sirianni insists on throwing the football.

Eagles quarterback Jalen Hurts is better running the ball than he is at throwing it right now. Many times his throws are off target. He also has trouble reading defenses and getting rid of the ball quickly. On the other hand, his running ability drives defenses crazy.

The Eagles have only a couple of quality receivers, wide receiver Devonte’ Smith and tight end Dallas Goedert, who can get open consistently. Quez Watkins is very talented but he is a work in progress. Jalen Reagor can’t run routes and he can’t catch. The Eagles don’t have an outstanding group of receivers.

They did the New York Giants a favor yesterday by trying to throw the ball too much. I know that Sirianni was a receiver’s coach but he’s got to take that hat off and realize that his main job right now is finding a way to win. He’s not the receivers coach anymore. His main job is finding ways to win and if that means running the football then he should be running the football.

Minshew Leads The Way In The Birds 33-18 Win