Hurts Is Eager To Prove He’s a Franchise QB 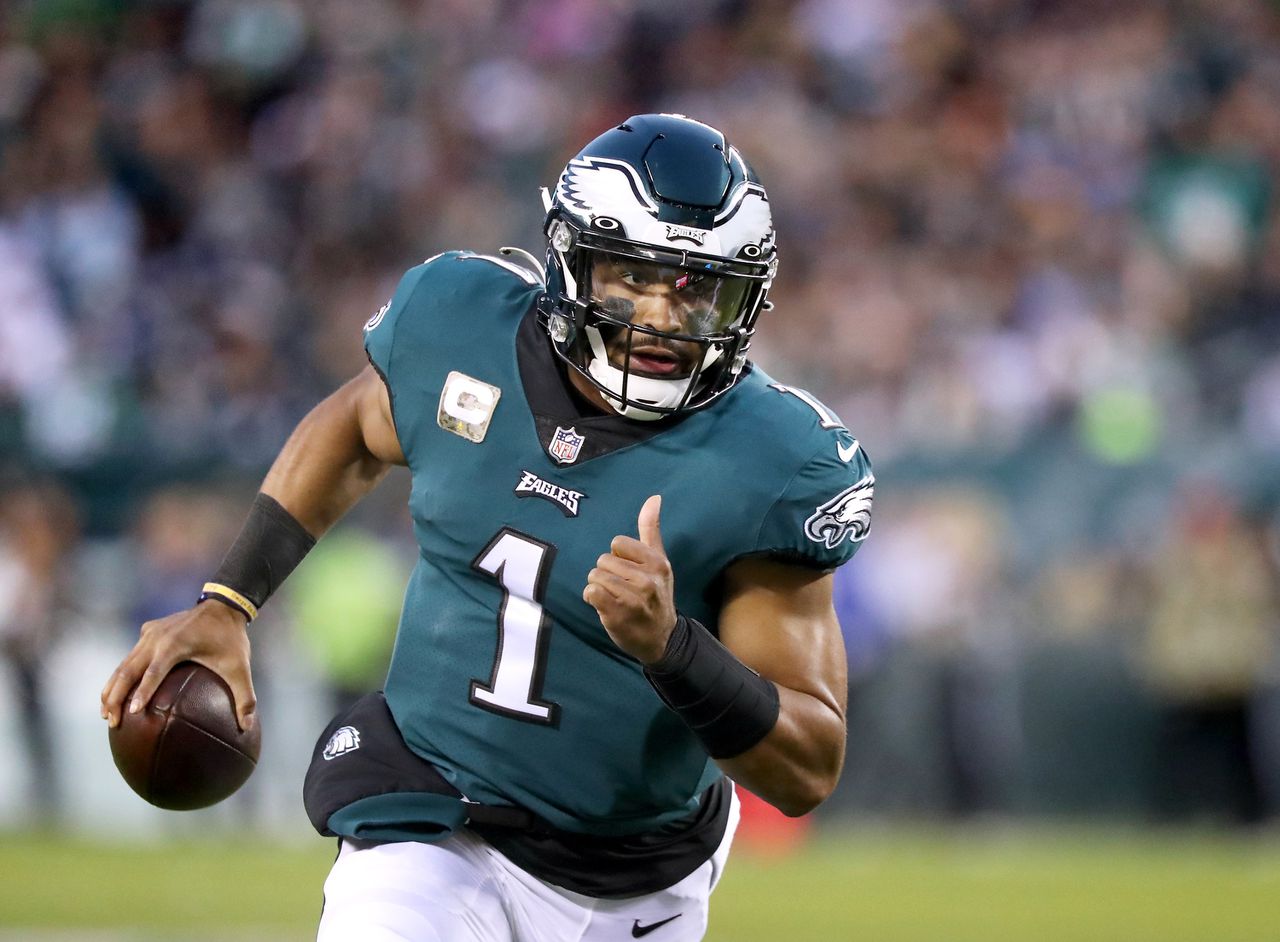 “It’s my opportunity and it’s my team”, Eagles quarterback Jalen Hurts said to the media during his first appearance this off season. He emphasized that this year’s Birds are going forward and focused on getting better.

He played down the specifics of what he has been doing during the off season, but Hurts did let everybody know that he’s excited about having Pro Bowl wide receiver A.J. Brown in the offense. He should be because Brown’s ability to catch the football, break tackles and make runs after the catch will take his offense to another level.

Brown’s the type of number one receiver who is both a deep threat and he’s a weapon that can be used on screens, quick outs, intermediate routes and over the middle. The dude has speed, but he’s put together like a Bulldozer. Brown is a legitimate number one receiver, who will be drawing opponents double-teams, but still being productive.

The former Mississippi Rebel will make life difficult for defenses that want to stack the box in order to limit the Birds running game. Hurts will be able to walk up the line of scrimmage and change a run play to a pass play, when he identifies a vulnerable coverage. I see tremendous potential here because Brown, along with DaVonte Smith and tight end Dallas Goedert will be able to shred opposing defenses that want to bring up their safeties to help stop the Eagles running game.

Hurts will have plenty of opportunities to show everybody that he is a franchise quarterback.

Hurts talked about his off-season. You could see how meticulous he is about how he’s working out, what exactly is he’s eating, and how much sleep he’s getting. Clearly Hurts is emulating Tom Brady, who has made his practice, eating, sleeping and studying a lifestyle. Brady has always been meticulous about everything he does in preparing for the season. To Brady and now Hurts, pursuing excellence consumes his life.

We will see if that makes him a franchise quarterback. I take my head off to everything Hurts has done and is doing, but it’s going to come down to whether he can make accurate throws consistently and whether he can quickly read the opposing defense’ coverages.

We all know that he has the leadership qualities and he has the running ability, but can he take the Birds passing game to the next level. If he can, the Eagles will be putting together a multi-year, $100 plus million dollar contract for him to sign.

We should know about half way through the season, whether he is the guy or not, but there’s no guarantee that we will know. If the Eagles still aren’t sure, then they will probably move on from Hurts. If the Birds don’t think he has clearly proven that he’s a franchise quarterback, they aren’t likely to give him the long-term deal. We will see. It’s going to be an except year for the Birds.