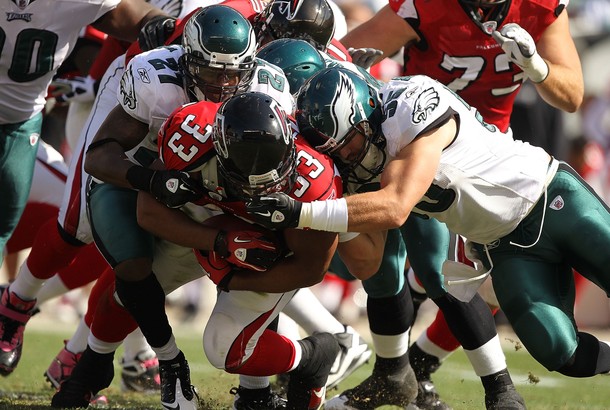 If these players are signed away by another team, that team would have to give the Birds a pick for compensation.

Buckley is the one player I could see being sought after because of his tremendous play on the special teams. He’s not much of a backup running back but he does a great job on the teams.

Bradley is still recovering from an injury, so team would have to be reluctant to acquire him. Patterson was torched during his time as a starter on the right corner, so it’s probably a safe bet that no one will show interest in him.

In all fairness, I don’t think any other team in the league is going to be beating down the door for Jean-Gilles can be a good run blocker but he’s a liability when asked to pass block. He has trouble moving his feet.

The team also announced they have named Matt Nagy offensive quality control coach. The 32-year-old Nagy served as coaches assistant during the 2010 season after spending the 2008 and 2009 training camps as a coaching intern.