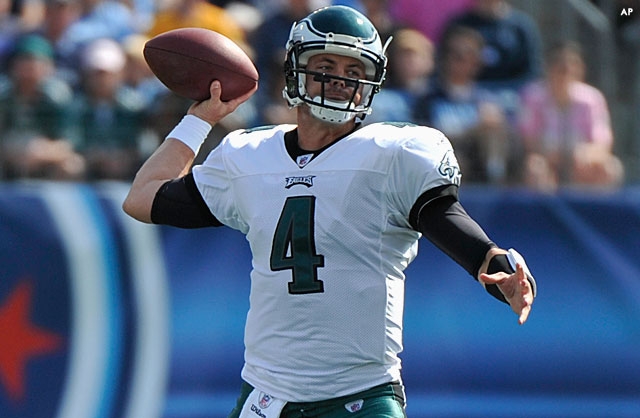 In a huge development U.S. Circuit Court Judge Susan Nelson has awarded an injunction to the players, so the NFL lockout has been lifted. The NFL owners requested a stay to delay the injunction, but she has denied them their request, so as of this moment, the previous rules are in place.

Time or the lack of it is a key to how this will affect the Eagles and their desire to trade backup quarterback Kevin Kolb for a first round draft pick. If everything is cleared up tomorrow or Wednesday, it could allow the Eagles to workout a trade.

The key will be the Eight Circuit court which is where the NFL owners are expected to go in order to get a stay on the injunction ruling so they can prevent any movement by the teams in the league and keep the pressure on the players.

Time is of the essence. It’s conceivable that the Eagles could work out a deal on Thursday afternoon and use the draft pick or picks in an hour or two after that to get the players they need.

I would imagine that the Eagles might be able to work something out with a front office that they are familiar with. For instance, the Minnesota Vikings are a team which has expressed interest in Kolb. Their head coach is Leslie Frazier who knows Reid and his staff very well, since he was the secondary coach here for a number of years.

Frazier would probably be able to quickly work out a trade with the Eagles which would allow the Birds to trade Kolb before the draft on Thursday night.

Remember it’s all about time. You can believe that the phones are ringing off the hook at the Nova Care Complex right now. Reid, Joe Banner, Howie Roseman and their staff will likely spend the night at the Complex.

This is a huge development which could help put the Eagles over the top and allow to move up in the draft and grab a marquee cornerback like Patrick Peterson or Prince Amukamara or a defensive end like Robert Quinn or Ryan Kerrigan.

I could see them winding up with four or five picks in the first two rounds of the draft, which would allow them to solve their needs at cornerback, right guard, defensive line and linebacker. This development could help put them over the top.

Eagles Working Hard And Getting Stronger In Cherry Hill Gym