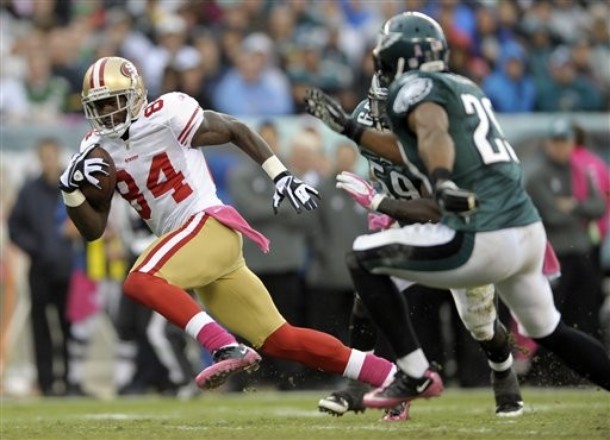 The San Francisco 49ers hadn’t moved the ball effectively against any one so far this season. In three games the offense had scored a total of three touchdowns. They were the 32nd ranked offense in the National Football League going into the game, yet in the second half of their contest against the Eagles, they marched the ball the length of the field three times for touchdowns.

Think about it, for the first time in his career, San Francisco quarterback, Alex Smith, who has been a bust since he was drafted in the first round in 2005, had been unable to put together sustained drives yet he was able to do it against Castillo’s defense.

I respect his desire to become a defensive coordinator, but it was clearly a mistake by Andy Reid to give him the position without making him spend a year or two on the defensive side of the ball as a linebacker coach or secondary coach.

There are jobs in our society which require years of preparation and being a coordinator is one of them. Look at what happened a year ago with the previous defensive coordinator Sean McDermott. Looking back he had half the

defensive talent that Castillo has, yet he was fired by Reid.

He’s never been listening for a season to the flow of the defensive calls. If he were an assistant for Jim Johnson for the last few years he would be much better prepared. There’s so much detail that goes into the job now because offenses change personnel nearly every play. The offenses are trying to get advantages in the matchups, therefore a defensive coordinator has to keeping up with what they’re doing.

What adjustments should a defensive coordinator expect from the opposing coordinator at halftime of a football game? If his defense plays well in the first half, should he prepare his defense for changes in offensive formations or should he expect the offense to change their pass routes or plays?

Does he have a book on all the offensive coaches which he is facing? You can believe that Jim Johnson had a book on each and every offensive coordinator which he faced. Could you imagine how he would be putting pressure on opposing offenses with all of the talent that the Eagles have on the defensive side of the ball?

The Eagles defense isn’t performing any better right now than it did a year ago when it was lacking tremendously in defensive talent.