More About Shady McCoy And His Career Day Against The Cowboys 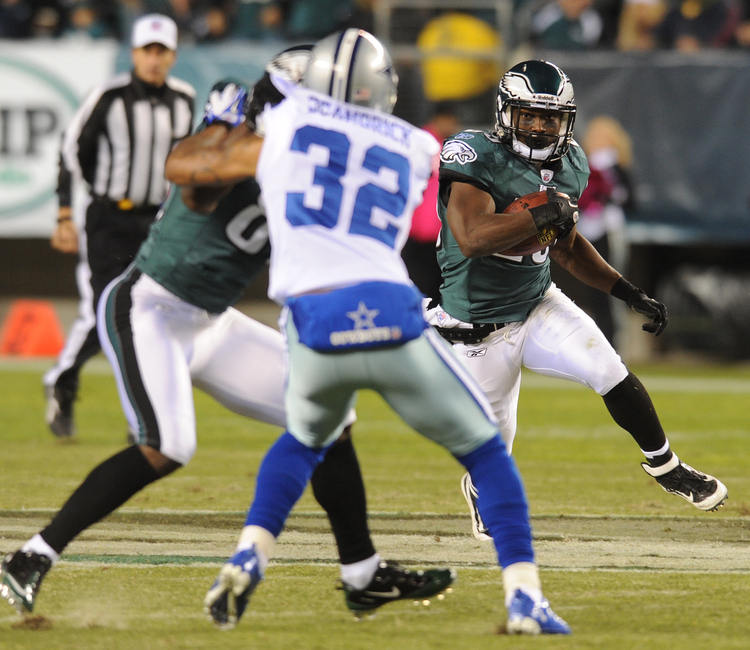 If there was any question about how good LeSean McCoy actually is, Sunday night’s game erased all doubt. McCoy’s 185-yard outburst against the Cowboys’ number one rushing defense was simply jaw dropping, awe inspiring, insert your cliché here, pure greatness.

The league’s second leading rusher was dominant throughout the contest, running thirty times for an average of over six yards per carry.

In the first quarter alone, the Pittsburgh grad eclipsed the eighty-yard mark, leaving the Cowboys players and coaches on their heals. An infuriated Rob Ryan was pictured often on the sideline grimacing as McCoy exposed the weaknesses of his over-pursuing defense. But that is what a great running back is supposed to do. And great is exactly what McCoy was on Sunday night.

respectively. It was the fourth consecutive game that the twenty-three year old has run for a touchdown and gave McCoy a score in every game this season. If McCoy continues to score touchdowns at this alarming pace he will likely break Steve Van Buren’s single season touchdown record of eighteen, which has stood for sixty-six years.

Fortunately for the Eagles, McCoy was not alone on the ground. Michael Vick looked like the quarterback of old; dancing in between tacklers and picking-up key first downs when defenses lost containment. Vick finished the contest with an impressive fifty yards on just seven carries.

The final positive that I took from the game was Andy Reid’s commitment to the run. McCoy had eight carries in the first quarter, five in the second, eight in the third and nine in the fourth. Not only did this show a commitment to

the league’s fastest rising running star, but proved that any previous criticism of Howard Mudd, mine included, may in fact be incorrect. The offensive line played the best it has all season. The Eagles had only two negative rushing plays the whole game.

The lone concern resulting from Sunday’s game against the Cowboys is the lack of depth that the Eagles have at running back. As great as LeSean McCoy has been thus far at avoiding big collisions, he is human and the fear of injury and fatigue throughout the season are a legitimate concern. Either Dion Lewis, who did not play after being involved in a minor car accident, or Ronnie Brown need to step-up and help to take some of the load off of McCoy. There is no reason to have the top back on the field in the fourth quarter of a blowout.

The Eagles next test comes in week nine when the Bears bring the leagues twelfth-ranked defense to Lincoln Financial Field.

The Eagles Offense Must Keep Its Focus