Will The Real Nittany Lions Show Up? 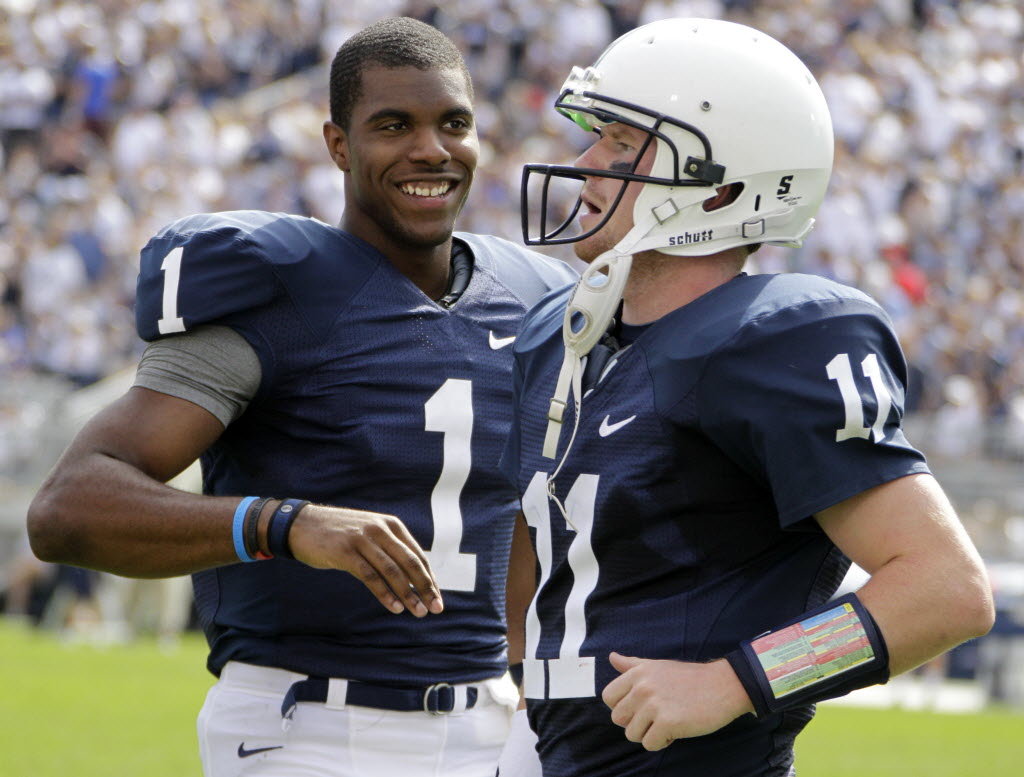 The Nittany Lions have a bye week this week before the Nebraska Cornhuskers come to Happy Valley. Penn State still needs to figure out a lot of things with this team. The next three games will truly tell all Penn State fans what kind of team they really have this season. Head coach Joe Paterno needs to decide and decide this week who will be his starting quarterback.

Penn State also needs to start playing a complete sixty minute football game. These questions will be answered in the final three weeks of the Big Ten regular season.

Paterno’s ball club is coming off a struggling 10-7 win at home against Illinois. Penn State is 8-1 overall, 5-0 in the Leaders Division of the Big Ten Conference. A two and a half game lead in the division. With this off week, the Nittany Lions have a lot of work to do and things to still answer about this year’s football team. The win against Illinois was not pretty and the team struggled.

Head coach Joe Paterno and the rest of the Penn State coaching staff has to figure out and decide this week on who will be the team’s starting quarterback. It is amazing that this far into the season the team has no true number one quarterback. The time is now to finally nameone.

Matt McGloin may have stepped up and finally taking the starting quarterback job. He did not play a great game or even a good game by any means. The Nittany Lions played both McGloin and Rob Bolden against Illinois. For 58 minutes the offense was
pathetic but in the final two minutes McGloin led the Nittany Lions on a 80-yard game winning touchdown drive. He showed a lot of poise, confidence, and leadership.

Hey Joe Paterno will you please just name a starting quarterback. Joe Pa go with McGloin the rest of the year. Ride him to the finish line. He looks like he can lead this offense and the game winning drive against Illinois proved it.

The Penn State defense and defensive coordinator Tom Bradley need to continue to play an aggressive defensive style of play. Coach Bradley please get rid of the dreaded prevent defense because it almost cost you against Illinois. The prevent is a joke and it prevents you from winning. Continue the aggressive style of play for the entire game. A good defense makes a good offense. Defenses win championships. The defense is this teams strong point and will continue to be as the Nittany Lions march on and hope for a Big Ten title.

The bye week for Penn State is here at the right time for this team. The upcoming three weeks are against teams that are good football teams. Penn State could make this year a special season. Let’s see how the coaching staff and team utilizes this time to answer the questions that are still there. Let’s see what adjustments they will make for the remaining three regular season games. Will Penn State be in the Big Ten Championship Game? Can Penn State win the Big Ten Championship? This bye week is the true key.

Not Another “Next Year” Year For A Long-Time Eagles Fan