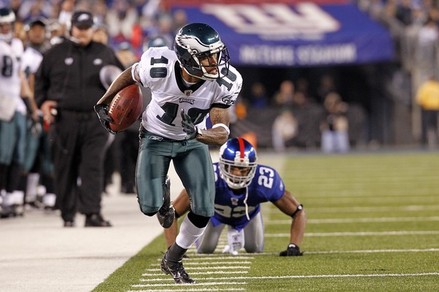 With Andy Reid returning for his 14th season as the Eagles’ head coach, the front office has a pretty good idea of how the offseason plans will proceed.  Currently, Reid is figuring out how to re-structure his defensive staff.  This process has already begun with the no so surprising release of defensive backs coach Johnny Lynn.

While Reid is behind closed doors trying to figure out if his defense will be coordinated by Steve Spagnuolo, Juan Castillo or someone else, I’m going to take a look at the team’s pending free agents.

There are twelve players scheduled to test the market.  Fortunately for the Eagles, only one of them could raise an argument that he must be re-signed.  Listed with each player is a 1-10 scale (1: very unlikely; 10: very likely) of whether or not they will return.

Giants Win Over Packers Is No Surprise, Niners Game Will Be Tighter

Tebowmania Is Really About The Religious, Political And Cultural Divide