How Do The Eagles Stack Up Against This Past Weekend’s Final Four? 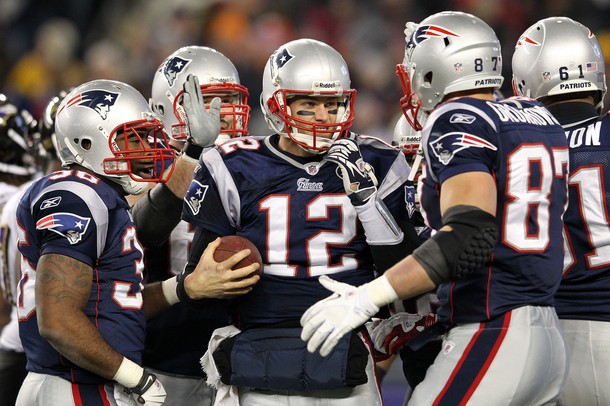 Championship Sunday without a doubt provided a day full of excitement and drama right down to the wire in both games. In fact the drama out in San Francisco was seen by 33.4% of homes in the U.S. as this year’s NFC title game drew the best TV rating for any NFC conference championship game since 1995.

The game drew a rating 11% better than last season’s game between Green Bay and Chicago. The AFC game also earned a big rating as it became highest rated afternoon AFC title game since the 1994 game between Kansas City and Buffalo. Pretty outstanding numbers to say the least and at the end of the day the NFL product proved once again to be as compelling as anything on television.

Without a doubt these games could have gone either way. I’ll even go as far as saying Baltimore and San Francisco both deserved to win. They made crucial mistakes late in the game that killed it for them. The Ravens got everything they wanted and more out of their defense and quarterback play. Joe Flacco outplayed Tom Brady all afternoon which is something not many thought was possible.

Maybe he was motivated by Ed Reed’s comments earlier in the week because Flacco did a fantastic job of controlling the game for Baltimore. The defense came up with key turnovers and stops late in the game to give them a shot at the victory.

Billy Cundiff’s missed field goal was inexcusable but the bottom line is he should have never been in that position because former Buffalo Bill Lee Evans should have held on to a game winning pass a half second longer which would have iced the game for Baltimore. Based on the coverage I’ve seen on national networks such as ESPN and NFL network Cundiff is getting a lot of the blame and that shouldn’t be the case because Evans is the real goat here.

The Giants once again are advancing and deep down I had a feeling this was going to happen. Alex Smith became very Donovan McNabb like late in the game when the pressure was on. I immediately began having flashbacks of McNabb during the three NFC Championship losses when I saw how pitiful Smith was late in the game. His inability to lead the 49ers down the field late allowed Eli Manning and company to hang around and grab the victory.

Deep down I was hoping for David Akers to come out and kick the game winning field goal to give Eagle fans something to be happy about but that wasn’t the case because the football gods wouldn’t even let us have that. Eli Manning took a beating from the 49ers defense and showed the nation just how tough he can be. I can’t believe I just wrote that but it’s true Eli Manning showed more toughness in one game than Mike Vick did the entire season.

So how do the Eagles rank against the final 4 of the 2011 season? I wasn’t impressed by the level of play from any of the four teams. Of the 4 out there on Sunday Baltimore looked the most complete. If Flacco can pick up right where he left off and the defense continues to be dominant Baltimore will no doubt in my mind be right back in this position next season. The Patriots have the 31st ranked defense in the league and somehow are playing in two weeks. It’s mind boggling to me that a defense ranked that low can be in the Superbowl because I firmly believe that defense wins championships and the Eagles on paper have a lot more talent on defense then New England.

The level of play in the NFC title game didn’t impress me at all. In 2011 the Eagles had just as much talent on the offensive side of the ball as both of these teams and if it was the Eagles playing in this game against San Fran instead of NY they very well could have won. The Eagles blew a 20-point lead against the 49ers earlier in 2011 and if they had any heart they wouldn’t have let that happen.

Alex Smith was a good quarterback in 2011 but no need to put him on any pedestal because his conference title game performance showed us he’s not ready for the big game. When the Eagles offense is clicking on all cylinders they can outscore the Giants and 49ers offense on any given Sunday. I will say the 49ers and Giants are ahead of the Eagles on the defensive side of the ball.

They clearly have a much better group of linebackers which the Eagles need to address in the off season in order to be on par with these teams. Both of these teams though are not the class of the NFC going forward. Green Bay and New Orleans both were caught on bad days during this year’s postseason and should have been playing in this game yesterday.

Green Bay and New Orleans were outstanding all season long and showed a much higher level of play during the majority of the season than the 49ers and Giants ever did and those are the teams the Eagles need to focus on catching not NY or San Francisco.

The bottom line is all 4 teams that played on championship Sunday were better coached than the Eagles ever were in 2011. Jim Harbaugh, a first year NFL head coach had all 3 timeouts left at the end of the game. It didn’t help the outcome for the 49ers but Harbaugh did something Andy Reid hasn’t been able to do in 13 seasons as an NFL head coach; manage the clock.

John Harbaugh clearly is a coach on the rise and his team believes in anything he says right now. Tom Coughlin doesn’t have the winning percentage or playoff appearances that Andy Reid has but he finds a way to win when he’s on the hot seat year after year and is on the door step of his second Superbowl title with the Giants.

Bill Belichick is nothing short of a mastermind and will continue to win as long as he wants to coach. These four coaches are selling a message to their teams that Reid can not right now and might never be able to in Philadelphia. The coordinators are on the same page with the head coach and the players and it’s that cohesiveness among these four teams that got them to this point this year.

Talent wise the Eagles in 2011 were right there with all of them but it’s the intangibles that prevented the Eagles from ever getting to that point. They also had a little bit of luck which is what good teams get and the Eagles had no luck what so ever in 2011.

Lucky for all of us in Philadelphia we get to watch our two favorite cities New York and Boston do battle for the Lombardi trophy. Not even 24 hours after the conclusion of championship Sunday NFL network is airing the replay of Superbowl 42. Hope everyone has a bucket nearby because a lot of us will have the urge to vomit over the next two weeks.

A Giants’ Super Bowl Win Would Be Poetic Justice