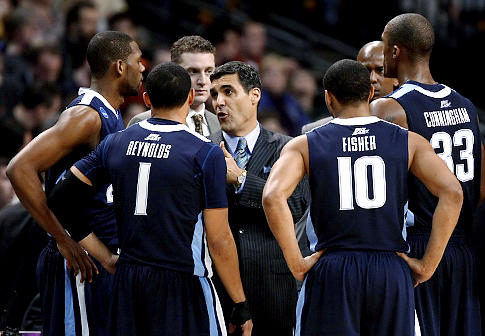 Deadspin’s assault last fall on the reputation of former Inquirer sports writer Kevin Tatum turns out to have been wrong and poorly researched.

We learned this week that the plagerism accusation against Tatum that was posted by Deadspin in November, which had Tatum stealing a blog regarding Villanova basketball and claiming the information enclosed as his own, was at the very least a miscommunication between Tatum and his immediate supervisor.

What we discovered was that the supervisor e-mailed Tatum the blog that formed the basis of the accusation without alerting him that the information enclosed was authored by another writer. Tatum treated it as a press release, and made only a few minor changes before posting his own blog on the Inquirer’s website.

Not only did Tatum’s supervisor fail to make him aware that another writer’s blog was the source of the material, he also did not edit the blog posted by Tatum, as was his job to do. Had he done so, the supervisor would have seen that Tatum did not realize what he was working with and the whole problem would have been averted.

Tatum was called on the carpet due to the mix-up, and given a one-week unpaid suspension.

Had it been a pure case of plagerism, Tatum would have been fired immediately

After the suspension was over, Tatum was informed that he was being demoted from covering college sports to taking on a high school beat.

The situation led to Tatum leaving the paper after 27 years of service to the Inquirer, where he was one of the paper’s  most versatile sports writers.

The respect Tatum garnered during his career from coaches, athletic directors and sports information directors around the city, as well as from his fellow writers, is something that Deadspin can not take away.

Meanwhile, the supervisor in question still works at the Inquirer.

When reached by telephone, Tatum declined to comment on the matter, saying only that he “was proud of his career” and that he has “moved on”.