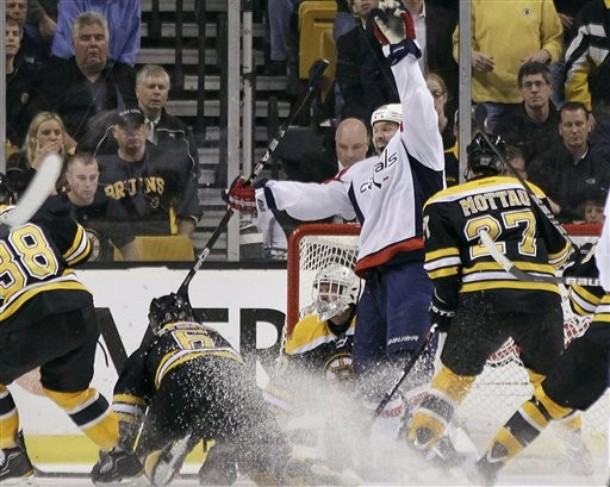 Banking a rebound from former Flyer Mike Knuble, Joel Ward scored the biggest goal of his career as he closed the door on the season of the defending Stanley Cup champions, the Boston Bruins.

As a result of the Bruins’ Game Seven loss, the Flyers will officially not be playing the New York Rangers in the second round, should they win tomorrow night against the Ottawa Senators.

Here are the remaining potential match-ups:

In other words, the Flyers will have a favorable match-up in the Stanley Cup Semifinals regardless of the outcomes tomorrow. That’s not to suggest that any of these teams will be “easy,” but they don’t present as much of a challenge as the Rangers or Bruins would.

UPDATE: Season series records updated. Thanks for paying attention, everyone!

The Stanley Cup Semifinals will likely start on either Saturday or Sunday.

Leadership by Committee and How Prongers Injury Shaped the 2012 Flyers