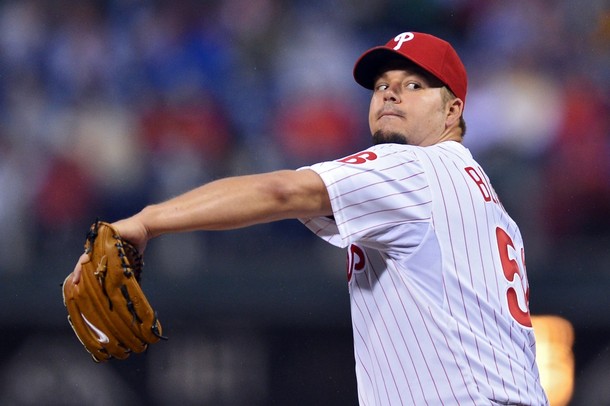 The Phillies saw their six-game winning streak snapped on Saturday night, falling to the Boston Red Sox 7-5 in the second game of the series.

Phils are 1-1 now in Paulman’s 23 Game That decides their fate of the 2012 Season as far as repeating as NL East Division Winners…
The teams they will be facing over this Stretch have much more potent hitting line-ups than the recent clubs that the Phils beat (Cubs,Astros & Padres)
Phils Pitching have given up 7 HR’s to the Red Sox with the Cardinals,Dodgers,Marlins,Orioles,Nats and Mets upcoming on their Schedule. If Phils do not go 14-9 at least for these 23 games, I think it will be a long summer for the Phitn’s
I will keep everyone posted on how they do during this Crtical stritch of baseball against some of the better Teams they will face on their scheudle and of course NL East Games to jump ahead of the Mets,MArlins and cath up to the Nats… but Pitchers Lee,Hamels,Blanton and Kendricks are giving up too many long balls..