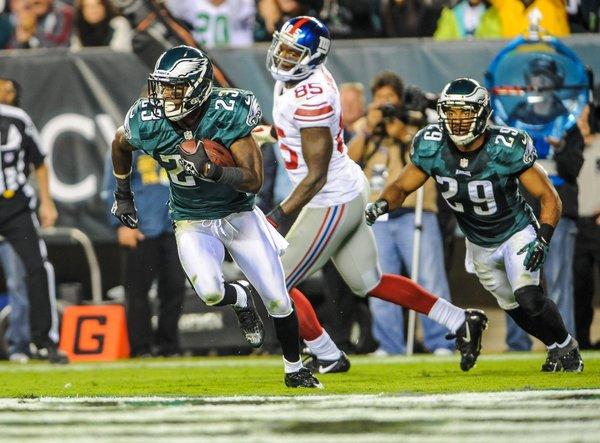 It was a good move.  They’ve finally come to the realization that Asomugha has no chance in covering the smaller quicker wide receivers in the league, like Cruz.  Nmandi’s ability to jam a receiver and take him out of his route can’t be ignored, but once that receiver gets downfield, Asomugha has trouble playing the football in the air, as well as changing direction.

I don’t know whether you remember that play on 4th down and one, when Cruz beat Dominique Rodgers-Cromartie on an inside route.  The dude is quicker than quick.  He gave DRC the seriou shake before beating him inside.

If DRC couldn’t handle that shake move, you could imagine which Asomugha would have done with it.

We’ll see what they do this week versus the Steelers.

Steelers May Add Polamalu, Harrison And Mendenhall To Their Lineup