Scott Laughton Sent Back to Juniors 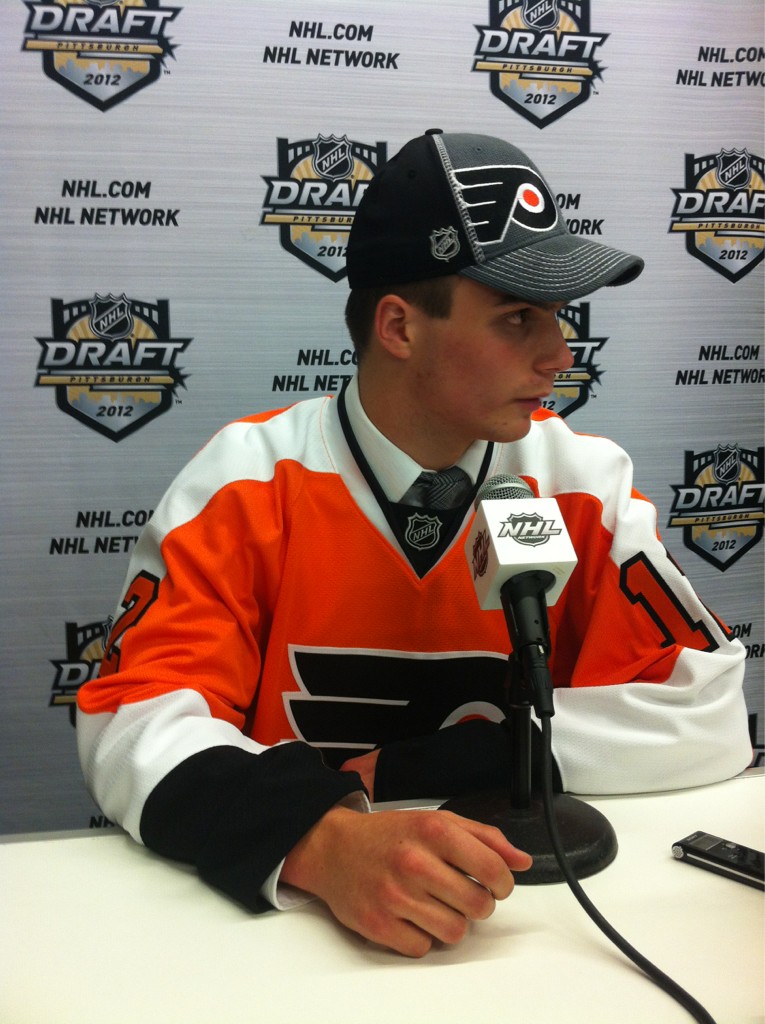 The Philadelphia Flyers have announced that they have sent forward Scott Laughton back to the Oshawa Generals of the OHL.

The decision was apparently one not made quickly, but it was the right one.

In a typical NHL season, teams are allowed to play junior prospects for up to nine games without burning a year of their entry level contracts. Brayden Schenn, for example, played eight games in the 2010-11 season with the Los Angeles Kings but his ELC did not start until last season.

In the shortened season, though, the limit has been reduced to five games.

Through five games with the Flyers this season, Laughton has not posted any points. He has an even +/- along with the lowest Corsi ratings for forwards with five games played (though it’s higher than Tom Sestito’s and Mike Knuble’s if you look at all forwards).

Per Anthony SanFilippo, if the Generals do not make the playoffs, the Flyers can still recall Laughton. If he plays just one more game during the regular season, he will still burn a year in his ELC. If he just starts in the Stanley Cup playoffs, though, there will be no contract repercussions.

Through 49 games played (of 68), the General currently sit in third place in the Eastern Conference of the OHL. If Laughton and teammate Colin Suellentrop, a fellow Flyers prospect, are able to participate in the Memorial Cup, it will be just as good for his development as a season on the Flyers’ fourth line.

He’s not strong enough yet to play in the NHL, needs time to develop
His strength in his upper body and legs to give/receive the pounding that occurs playing the NHL, good move to give him a taste of what’s needed
Not sure if Kaughton wi ever pan out, but know he should know what to work on
And needs time to develop his game