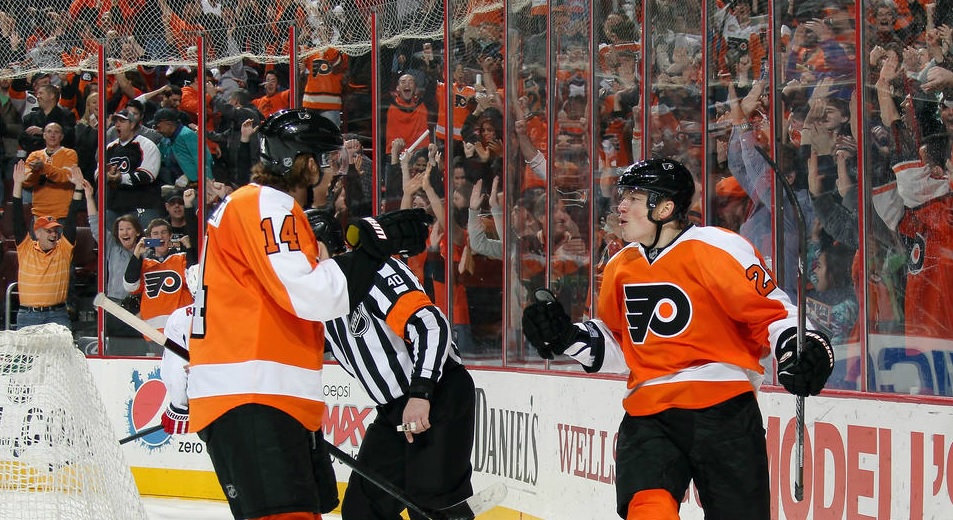 “The guys want it. You can see it. You can talk about the battle and the compete. That’s how they’re playing… they sense it. They believe. There’s hope. Those are some powerful things.”

That quote came from Todd Richards, head coach for the Columbus Blue Jackets, courtesy of Aaron Portzline of the Columbus Dispatch.

The Blue Jackets beat the Anaheim Ducks, 2nd in the Western Conference, in overtime tonight to move into 8th place. While they could still find themselves on the outside looking in when the regular season is over, it’s impressive that the players have been able to rally behind each other after finishing 30th in the NHL last season.

After all- if the 8th seeded Los Angeles Kings could win the Stanley Cup by getting “hot” at the right time, why can’t the Blue Jackets?

The kind of playoff run that the Philadelphia Flyers would need to go on in order to qualify for the 8th and final seed in the Eastern Conference would be epic, if not completely unrealistic. Depending on whether you’re a “glass half full” or “glass half empty” type of person, it’s perhaps unfortunate that there aren’t more games in the shortened season to make up the difference.

If there was enough time, perhaps the players could build off of their efforts this weekend and finally string three wins together.

On Saturday, the Flyers iced arguably the worst defensive set-up in a decade- Kimmo Timonen, Luke Schenn, Bruno Gervais, Erik Gustafsson, Kurtis Foster and, making his NHL debut, rookie Oliver Lauridsen. Facing the Boston Bruins and having lost four in a row, many expected them to roll over.

Instead, the team took control of the game early and finally beat the Bruins, thanks to timely goal scoring from Mike Knuble and Matt Read. Ilya Bryzgalov stopped 33 of 34 shots while the team in front helped out with 20 blocked shots.

Earlier this evening, the team gave up three unanswered goals (two on the powerplay) to fall behind 4-2 in the third period. Once again, instead of capitulating, the team continued pressing.

Claude Giroux scored a powerplay goal of his own, cutting the deficit to one goal.

Timonen tied it with 9.5 seconds remaining in regulation.

It was an unreal effort from a team that had been counted out by most fans. Give them credit for still putting forth an entertaining effort for the fans that continue to support them.

Just don’t hold your breath that the team will sneak in. Kent Huskins, acquired by the Flyers from Detroit on Saturday with a conditional 7th round pick (the condition being that they re-sign him before 10/1/2013), replaced Foster as a third pairing defenseman and provides a *little* more reliability on the back end. Expecting Gervais and Gustafsson to continue spending the 3rd and 4th most minutes among defensemen moving forward without mistakes, though, is a mistake in itself.

The team also lost one of their best penalty killers in Max Talbot, who had to be helped off the ice by his teammates after colliding with defenseman Mike Green. It appeared that he may have been cut by Green’s skate, but the organization denied him being cut. “Lower body injury” is all that they would clarify, though it seems like he may not be back any time soon.

The Flyers have thirteen more games remaining. They sit two points out of 8th place (the New York Rangers), with the Washington Capitals, Carolina Hurricanes, and New York Islanders in between. Three of their 13 games are against these teams- give up any points to them by going to overtime (as they did tonight) and “game over.”

The final game of their recent homestand is on Wednesday, when the Montreal Canadiens come to the Wells Fargo Center. Neither team may look exactly the same, as the trade deadline ends at 2:00 p.m. that day.