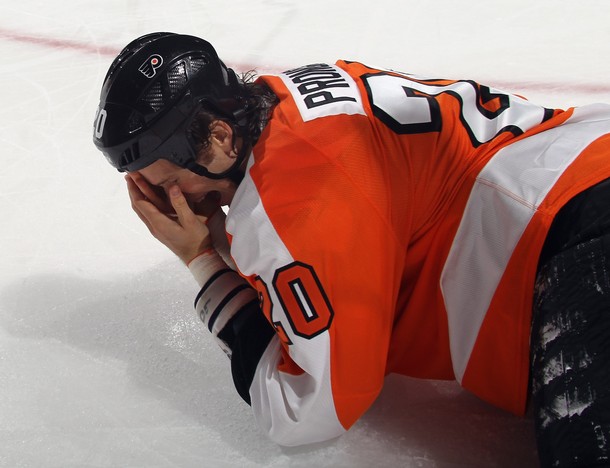 It’s rare in medicine that a miracle cure or treatment will appear overnight for any given medical condition.

In the United States, the Food and Drug Administration (FDA) monitors all drugs and medical procedures administered by licensed professionals in the health industry. Per the FDA web site,

“Most drugs that undergo preclinical (animal) testing never even make it to human testing and review by the FDA. The drugs that do must undergo the agency’s rigorous evaluation process, which scrutinizes everything about the drug- from the design of clinical trials to the severity of side effects to the conditions under which the drug is manufactured.”

Unless you’re into new age medicine or spiritual revivals, non-FDA approved treatments are pretty much a crapshoot. There’s simply no way to know that what you’re doing or taking is having the effect you think it is.

In Colorado Springs, though, one inventor believes he found a cure for concussions, among other brain-related ailments.

Adrian Dater, reporter for the Denver Post, published a lengthy piece today on Kevin Maher and his magic mystery machine, the “GyroStim.”

“It’s the machine credited for curing the concussion of NHL star Sidney Crosby. It’s the machine Avalanche first-round draft pick Joey Hishon credits for helping him get back on the ice after nearly two years of conventional but fruitless medical treatment for a concussion.

Some parents of children with autism say they are seeing dramatic results, as do patients with disorders ranging from cerebral palsy to Asperger’s syndrome.

Miracle machine? A huge breakthrough for the treatment of brain-related injuries? Or quack science, nothing more than an expensive placebo?

Anyone that has followed a physical sport like hockey or football has likely read or heard increasing amounts of stories related to the dangers of untreated concussions. Rarely does anyone have an answer on how to mitigate or treat the effects of them.

The article linked above is worth a read for that reason alone, but the fact that there is no answer to why the machine purportedly works makes me apprehensive to say, “Why hasn’t the FDA approved this already?”

What it does convince me is that, for professional athletes dealing with long-term concussion related symptoms, what’s the harm in trying it?

The article states that Crosby has used the machine, but there’s no indication of what period in time he used it. Crosby was infamously concussed in the 2011 NHL Winter Classic in Pittsburgh, when forward Dave Steckel introduced Crosby’s head to his elbow. He missed around 100 games over two seasons because of his injury.

Even more remarkable are the testmonials from Joey Hishon, drafted 17th overall by the Avs in 2010. Hishon posted 37 goals and 87 points in 50 games in the 2010-11 season with the Owen Sound Attack of the OHL before succumbing to a head injury. He missed the entirety of the 2011-12 season but managed to make his professional debut with the Lake Erie Monsters of the AHL this year after using the GyroStim.

The Philadelphia Flyers have two players under contract that are currently dealing with extensive concussion-related symptoms –Marc-Andre Bourdon and Chris Pronger.

In Bourdon’s case, the 23-year-old defenseman relayed to the Flyers’ Anthony San Filippo that some of his symptoms had been greatly diminished, but he was still dealing with light sensitivity in his eyes.

As a result, his doctors have developed a series of training exercises for his eyes that takes about five hours a day of his time.

The GyroStim doesn’t seem suited to addressing eye sensitivity issues as much as general headache issues. Then again, nobody knows what exactly it does, so who knows?

For Pronger, though, taking a few spins in the GyroStim seems like a no-brainer (no pun intended). Pronger last spoke with reporters in April about his issues, which run the complete gamut of concussion symptoms- headaches, sensitivity to light, sensitivity to sounds, memory loss, and depression.

Again, thanks to a complete lack of testing, there is no information available on what effect (if any) age has on the user. The oldest person mentioned in the article that used the GyroStim is Crosby, who turns 26 in August. Pronger is 38 years young.

The cost provided for a weekly treatment with the device apparently ranges from $2,500 to $6,000. For the average family, this is an absurd fee to spend on something with no assurances or FDA approval.

For a sports franchise that produces about $124 million per year in revenue according to Forbes? This is pocket change.

I would never suggest that a non FDA-approved medical device should be treated indiscriminately as the solution for all concussion problems. If you’re the Flyers, though, what could it hurt to arrange for a trial run for two of their most valuable defensemen?

Just so long as I’m not the one to tell Chris Pronger to strap himself into a spinning machine, of course. I’ll leave that to Tim Panaccio.

Notes From The Phillies’ 7-5 Win Over Milwaukee

An Early Look At The Potential 53-Man Roster

Josh – Having worked in the medical industry for YEARS you are giving the FDA way too much credit. A ton of medical advances are made outside the US due to the red tape the FDA institutes. Quality drugs are shelved or written off due to one bad FDA rep who has a personal vendetta. Seen it way too often in my time in the industry. Germany and many other European countries are becoming the center point for industry growth at this point. Heck look at the stem cell research as a clue. The US is far behind in that regard…

That’s fair. I don’t work in the industry, so as an outsider, I would normally look to them as guidance.

I’m still skeptical of this device only in that they don’t claim to know why the machine may work beyond that it apparently has. It’s not a drug, so there’s less concern of “side effects,” but it’s this big gray box of uncertainty at the moment.

I would also be skeptical of the machine but not because of the FDA at all. Plenty of medical devices are sold without the full gamit of testing and work to their point. Hyperbolic chambers in many cases dont have a stamp approval of FDA but proven that they work pretty darn well.

A lot of the brain workings are still a mystery to us. How it heals, why some scar tissue forms where it does, and so on. I would give the machine a shot with the understanding it is a long shot but with very limited chance of side effects or futher injury.