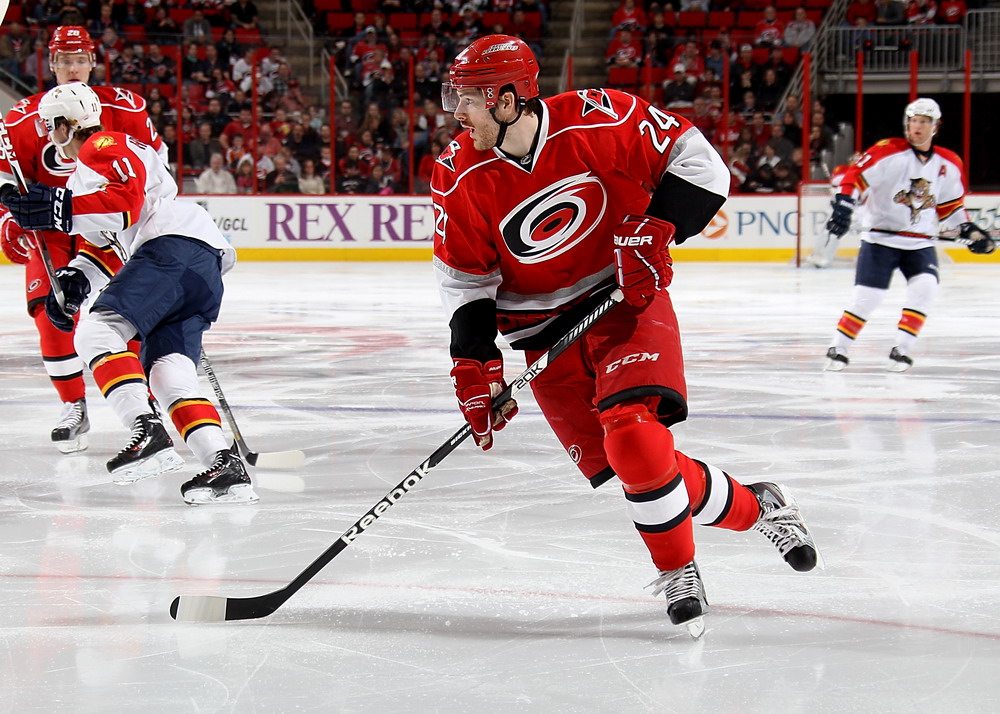 The already sparse free agent market set to open on July 5 has just lost another defenseman.

Sergei Gonchar, who was supposedly on the Philadelphia Flyers’ radar as a stopgap support on the blueline, has been signed to a two-year, $10 million contract by the Dallas Stars after they traded a 6th round draft pick to the Ottawa Senators for his rights.

Players such as Mark Streit and Marek Zidlicky continue to be thrown out as potential free agent targets for the Flyers, but they will come at a considerable expense at a point in their careers where they are on the decline.

An alternate approach that could prove more fruitful is one often followed by the New York Islanders – taking a flyer (no pun intended) on unproven but talented fringe players.

General manager Garth Snow is known for being shrewd, if not simply because the financial constraints he is working under force him to be. As a result, he often signs or claims off waivers players that come with high potential and cheap contracts. In the days before the 2013 NHL season opened, Snow claimed forward Keith Aucoin and defensemen Thomas Hickey (LA), Brian Strait (PIT) and Joe Finley (BUF).

Both Strait and Hickey proved to be worthwhile additions to the club, as the Islanders earned their first playoff berth in seven years.

Another player that Snow claimed off waivers years earlier was Michael Grabner, who went on to score 34 goals that season.

If the Flyers are willing to take a risk, there are three young defensemen available on July 1 who may be better depth options in the long-term than expensive veterans.

Sanguinetti is perhaps best known to Flyers fans as the player that the team hoped to draft in 2006. A native of Trenton, Sanguinetti was drafted one pick ahead of the Flyers by the New York Rangers. They settled for some kid named Claude instead.

Sanguinetti never earned more than a short call-up with the Rangers before being traded to the Carolina Hurricanes in 2010. He spent two seasons in the AHL along with a half season last fall during the lockout. His only real stint in the NHL was this past season, where he put up a meager 2 goals and 6 points in 37 games played.

A general rule of thumb for hockey player expectations is that forwards are prepared by 21, defensemen by 24, and goaltenders by 27. Sanguinetti isn’t necessarily a “veteran AHLer” as much as he is a player who hadn’t been given much of an opportunity at the NHL level until a few months ago.

Although his numbers weren’t “illuminating,” Sanguinetti played well on the third pairing. The Carolina Hurricanes blog The Shutdown Line had this to say following the end of the season:

“Sanguinetti was a strong player in terms of puck-possession and territorial play and his zone entry numbers reflect that, as he was one of the team’s better defensemen at leading breakouts & rushes. The contributions of an offensive defenseman go beyond just point-production and their ability to carry the puck into the zone regularly is one thing that is often under-appreciated. Sanguinetti performed well in this area and it’s a reason why he was so good at controlling puck-possession during the latter part of the season… If there is anything Sanguinetti’s strong underlying numbers indicate, it’s that he has the potential to do a lot more in future seasons, because he was playing very well during the second half without seeing much of a reward for it.”

I’m curious to see what Sanguinetti’s full potential would be in a full 82-game season. Whether it’s with the Flyers or another team, he’s at the right age to be prepared.

Kostka is a relatively unknown name unless you follow the Toronto Maple Leafs. Kostka made his NHL debut this season, playing in 35 regular season games and 1 playoff game before breaking his finger.

Kostka, an undrafted player who played four seasons with the UMass-Amherst Minutemen, didn’t really grab attention from NHL teams until his third season in the AHL. He scored 6 goals and 34 points in 34 games played with the Toronto Marlies during the recent lockout. As a comparison, the Adirondack Phantoms’ best defenseman Danny Syvret scored 6 goals and 40 points in 76 games.

Kostka spent a considerable (perhaps questionable) amount of time paired with Leafs captain Dion Phaneuf, taking on second line competition. He struggled with the assignment and didn’t look suited to be a top four defenseman, but he has the tools to be a solid third pairing defenseman at the NHL level.

Toronto fans appear to not want him back, but Kostka could be a worthwhile depth defenseman in the long run.

Wishart, another former first round draft pick, made his NHL debut with the Tampa Bay Lightning in 2009. He has only skated in 25 more games since then, the majority of which were with the New York Islanders during the 2010-11 season. He scored 1 goal and 5 points in 20 games that season before being returned to the AHL.

Wishart would have likely made the Islanders’ roster had Snow not elected to claim so many defensemen. It’s somewhat ironic that his “grab bag” approach would keep Wishart out of the mix, but he made the most of it while in Bridgeport and may have turned his fortunes around.

He has the size and the shot to be worth an extended look in the NHL by this point, but probably won’t be more effective than a third pairing defenseman. Then again, until someone actually gives him ample time to try, it’s anyone’s guess what his true ceiling is.

The Philadelphia Flyers don’t have much in the way of depth defensemen. Bruno Gervais may or may not be on the roster next season, but he’s proven to be marginally effective as a third pairing defenseman and disastrous as anything more. Erik Gustafsson is poised to become an NHL regular and Oliver Lauridsen could prove to be an adequate shutdown defenseman in time, but that’s really all they have. Danny Syvret arguably deserves another shot in the NHL, but if the Flyers wouldn’t recall him after the mess that was the 2013 NHL season, they probably won’t call him up again next year either.

Taking a chance with players on the bubble can add depth to the big club or, at worst, add depth to the AHL club. Whether it’s one of these three players or someone else entirely, taking a flyer on a 25 year-old with everything to prove will likely prove better in the long run than signing a 35 year-old hoping that foresight and good judgment from NHL teams won’t keep him from cashing another paycheck.

Notes From The Phillies’ 5-4 Loss To Milwaukee