Notes From The Phillies’ 4-1 Loss To St. Louis 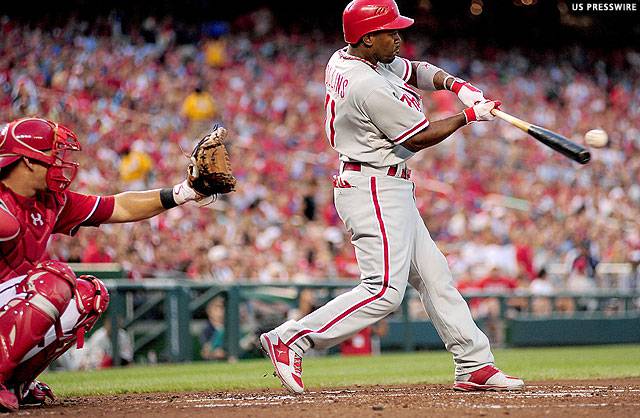 The Philadelphia Phillies lost their third straight game on Tuesday night, falling to the Cardinals 4-1. Their record drops to 49-51.

It feels like the wheels are starting to come off for good here.

The Phillies are scuffling again. Just as they fought their way above the .500 mark, they lose three straight and have a losing record once again.

The team is really missing the energy that Ben Revere had been bringing to the table at the top of the order. Revere had been hitting over .400 for nearly a month, and been getting on base early and often. Now that Revere is on the shelf, the team is stuck with Jimmy Rollins back in the lead-off role, and Rollins’ typical 1-5 or 1-4 efforts just aren’t having nearly the same impact.

Howie Roseman: Vick Is All For The Quarterback Competition