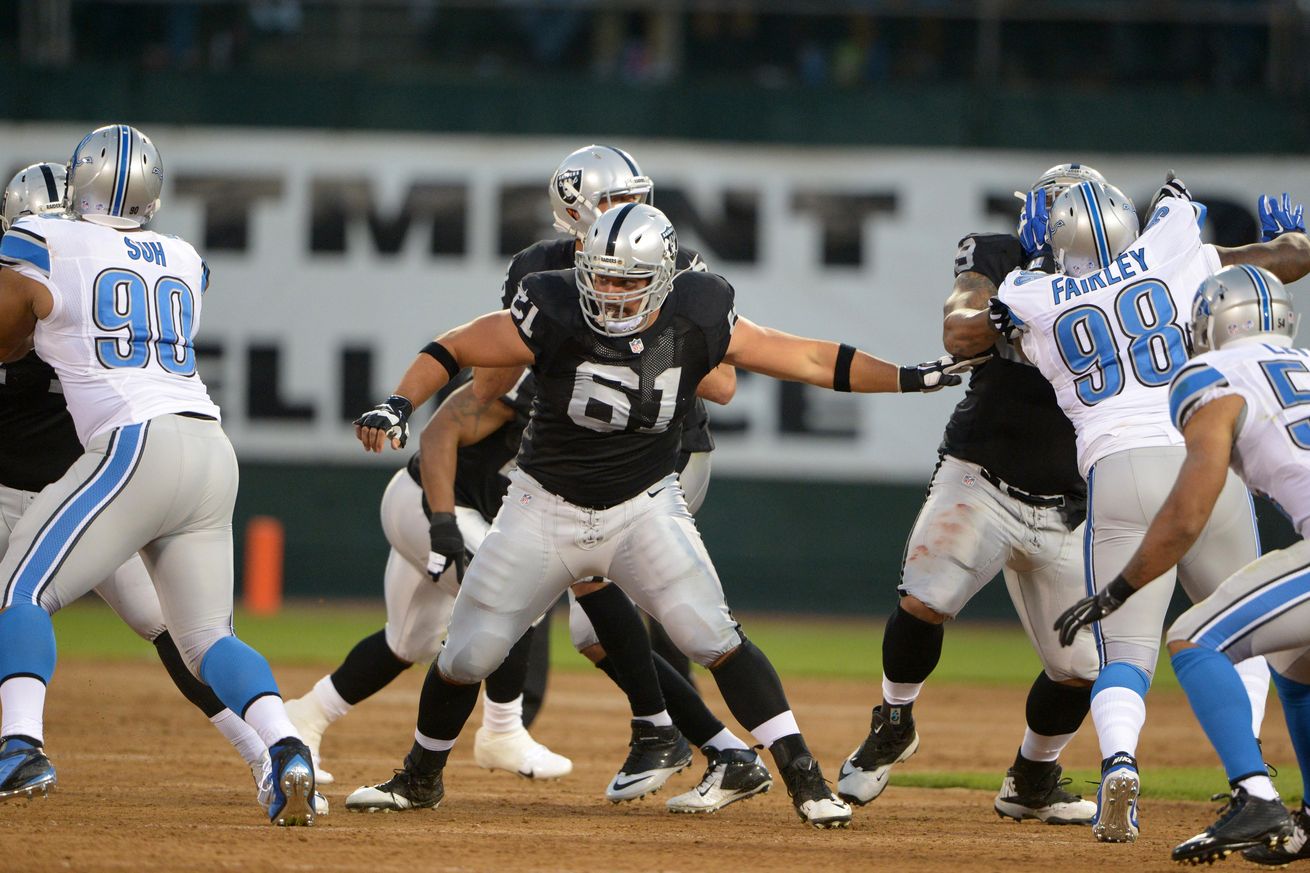 Ian Rapoport of the NFL Network reported that the Birds hosted Jacksonville Jaguars center/guard Stefen Wisniewski this week.  Adding an experience offensive lineman like Wisniewski, who could take over at either the center or the guard position.

Wisniewski played one year for the Jaguars after playing four years for the Raiders.  He’s got the type of versatility and experience that the Eagles would love to add to their offensive line.

We all know about the moves the Eagles have made upfront to solidify their offensive line.  The signing of Brandon Brooks was the major move they have made so far this off season.  Brooks is a mammoth young offensive guard, who had played four years with Houston.

Remember that starting center Jason Kelce struggled a year ago and they could use a new starter at the left guard position, if they decide to move last year’s starter Allen Barbre back to the bench.

Head coach Doug Pederson has made it clear that he thought the major problem that Kelce faced last year was poor guard play.  The Eagles head coach believe Kelce was left on an island too many times because the play of the guards was poor.

Regardless of whether they sign Wisniewski or not, don’t be surprised if the Eagles add another experienced offensive lineman to their roster because they can’t be sure about the play of their center and left guard position.

On Friday, the Eagles announced they were releasing backup offensive lineman Tanner Hawkinson.  The youngster was considered a project, who was signed off of the San Francisco 49ers practice squad last year by the Chip Kelly regime.

On another note, I remember talking to Eagles safety Walter Thurmond as the Birds were emptying out their lockers at the end of the season and he was not confident about returning to the Birds because he didn’t think they had any money to pay him.

Now we’re finding out from numerous reports that Thurmond has been contemplating retirement and turning down $4 million dollar a year offers to play this season and in the future.

He hasn’t said a definite no, but he’s been spending all his time working on a documentary about R&B OJay’s lead singer Eddie LeVert.  Thurmond is the Executive Producer of this project.

Defensive coordinator Jim Schwartz wanted to get more physical at the safety position, so he decided to bring in St. Louis Rams little monster Rodney McCleod.  This signaled Thurmond’s exit, but there’ll be be plenty of opportunities of him to  play in the league in 2016 if he wants to.

Could Oklahoma’s Buddy Hield Be The Answer For The Sixers?

I would stay away from Wisnewski who failed in both Oakland & Jacksonville and was given ample opportunities to actually be a Starter for both Teams…
After 4-5 Years in the NFL, it’s obvious that Wisnewski may have a well-known last name in Football due to his Father’s Sucess, but this Player lacks the Talent, Drive, & Determination to make it in the NFL or he would have done so already at his previous stops who both had openings and real needs where Wisnewski failed to take advantage of his opportunity… Moving 1 time I can see and understand, but having 2 Chances and for a Team like the Jags who were desperate for OL help and he could not make it there tells me he’s simply not good enough
There are plenty of more quality Back up Guard/Center than Wisnewski