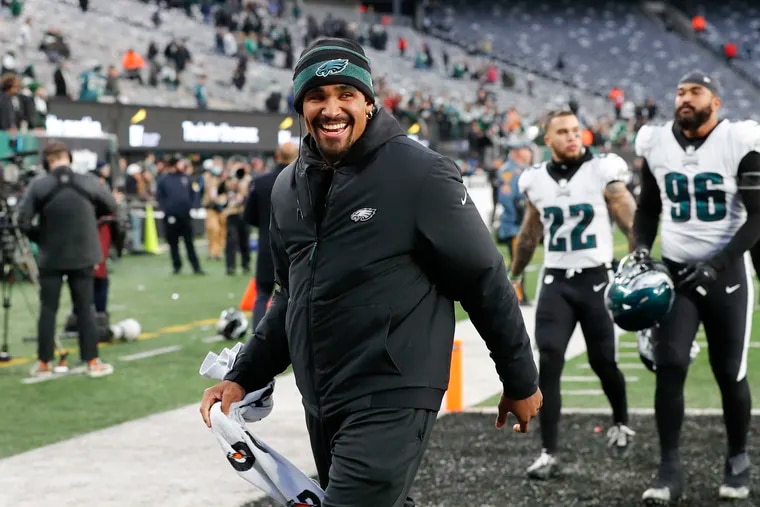 I do agree that the Eagles got the bad side of the deal with the postponement of the game against the Washington Football Team. The NFL said that they were going to play the schedule. Teams were supposed to show up at game time and play football. Everything else was supposed to be irrelevant.

The league said they weren’t going to take responsibility for the health and responsible behavior of each team’s players, but the team’s front office and coaching staff was going to bear that burden. They were left in charge of their players. That’s why the decision to postpone the Eagles Washington game was totally against what the NFL said during the offseason. Their argument is that the circumstances have changed.

Yes, I do admit that it is very unfortunate for the Eagles, but the Eagles have no choice, but to show up and play their best football on Tuesday night. It’s just that simple and they must stop the complaining. This must be the end of the crying and feeling sorry for themselves because nobody cares.

The Eagles need to stop talking about this postponement. They need to focus on the details of their jobs.

Nobody cares about a team feeling sorry for themselves in the National Football League, the Eagles must find a way to run the football against Washington’s five man defensive line front. They put a man over the head of center Jason Kelce as well as both guards and they make it very difficult for offenses to run the ball against them.

The Eagles have been able to run the football against every defense they have faced including the NFL leading New Orleans Saints defense. But can they run the ball against Washington. The answer to that question will play a major role in whether the Eagles make the playoffs or not. Running backs Miles Sanders and Jordan Howard are healthy and returning to action on Tuesday.

Now it’s looking like they will need to do it without rookie starting left guard Landon Dickerson, who has entered the Covid-19 protocol for the Birds. Dickerson has been teaming up with left tackle Jordan Mailata to form a dominant left side.

Still the Eagles must show up and find a way to run the football on Washington because that has been the key to their success in this season. I’m not really sure who is going to start for the Birds at quarterback, but it doesn’t matter if is Jalen Hurts or Gardner Minshew. The Birds still need to lean on their running game. The game will be decided

There should be no more talk in the Eagles locker room about how they got the bad side of the NFL’s decision to move the game back to Tuesday. All the conversations and focus should be on finding a way to beat Washington. Like a former coach told me, “If you’re looking for sympathy, you can find it in the dictionary”.

Washington is going to be ready to play, therefore the Eagles have got to be ready to play and that’s the type of tough mindedness that Ron Rivera and his football team will bring to Lincoln Financial Field. After this game, the only thing that everybody will care about and remember is who won. This is the most important game of the season and we don’t care about how they do it, but the Birds must find a way to get a W.

Should Eagles Answer QB Questions Or Try To Win?